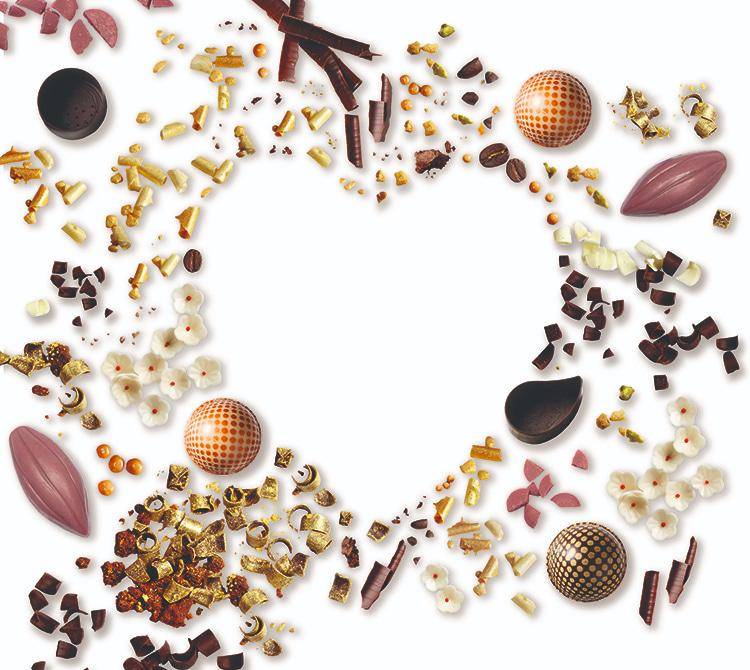 I am delighted to announce a set of very strong results. The consistent execution of our ‘smart growth’ strategy enabled all our Regions and Product Groups to contribute to top- and bottom-line, delivering on our mid-term guidance (2).

In fiscal year 2017/18 (ended August 31, 2018) the Barry Callebaut Group – the world’s leading manufacturer of high-quality chocolate and cocoa products – increased its sales volume by +6.3% to 2,035,857 tonnes, significantly above the growth rate of the global chocolate confectionery market (+1.8%)1. Growth was broadly based with strong contributions from all key growth drivers: Emerging Markets (+9.1%), Gourmet & Specialties (+7.7%) and Outsourcing (+5.6%). Global Cocoa achieved a solid volume growth of +3.9%.

Sales revenue was flat, +0.1% in local currencies (+2.1% in CHF), at CHF 6,948.4 million, as a result of lower raw material prices, which the Group passes on to its customers for a large part of its business.

Gross profit improved by +17.2% in local currencies (+20.7% in CHF) to CHF 1,157.1 million. This increase was driven by volume growth and a better product and customer mix across all Regions and Product Groups.

Net profit for the year (recurring) grew by +31.0% in local currencies (+35.9% in CHF) to CHF 357.4 million. This increase can be attributed to the strong EBIT growth, as well as lower net finance costs, and despite higher income tax expenses due to a one-off impact of tax reforms in Belgium and the US.

Net working capital increased to CHF 1,074.4 million, compared to CHF 1,042.5 million in prior year. The increase is largely in line with the Group’s growth. The effect of higher inventory, trade receivables and other current assets and somewhat lower trade payables and other current liabilities was largely offset by a corresponding increase in net derivative financial liabilities.

Free cash flow4 amounted to CHF 311.9 million, compared to an exceptionally strong CHF 475.6 million in the previous fiscal year, which had benefited from decreasing cocoa bean prices and some positive one-off items.

Looking ahead, CEO Antoine de Saint-Affrique said: “The continued execution of our ‘smart growth’ strategy, good visibility on volume growth and healthy global demand give us confidence that we are well on track to achieve our mid-term guidance5.”

Barry Callebaut’s sales volume in region EMEA increased by +6.8% to 925,144 tonnes while the chocolate confectionery market grew by +1.9%6. In Western Europe, sales volume growth was strong as a result of good growth within both Food Manufacturers and Gourmet. In EEMEA (Eastern Europe, Middle East, Africa) sales volume recorded a strong double-digit increase driven by Gourmet and Food Manufacturers as well as a diversification of the customer base. Sales revenue in EMEA was flat at +0.0% in local currencies (+5.9% in CHF) and amounted to CHF 3,073 million. Operating profit (EBIT, recurring) was up +11.2% in local currencies (+18.1% in CHF) to CHF 352.0 million, driven by the strong volume growth and a good product mix. Barry Callebaut successfully closed the acquisition of D’Orsogna Dolciaria, a leading specialties and decorations player, in October 2017. The recently announced acquisition and a new long-term supply agreement signed in September 2018 underline the growth potential in the mostly mature European chocolate and confectionery markets.

Barry Callebaut’s sales volume in Region Americas increased by +6.0% to 549,287 tonnes, well ahead of the regional market growth of +0.7%7. Sales revenue rose +3.3% in local currencies (+1.9% in CHF) to CHF 1,701 million. Operating profit (EBIT) for the region was up +9.2% in local currencies (+8.1% in CHF) to CHF 173.4 million, reflecting a favorable product mix and strong operational performance. Barry Callebaut successfully closed the acquisition of Gertrude Hawk Ingredients, a leading specialties and decorations player, in December 2017, and completed several expansions of its existing Americas factories, totaling more than CHF 30 million. The expansions will drive growth by increasing the Group’s footprint in the region and enhance its capabilities for value-adding specialty products.

“Expansion”: The integration of the acquisitions of D'Orsogna Dolciaria in Italy, closed in October 2017, and Gertrude Hawk Ingredients in the US, closed in December 2017, further expanding Barry Callebaut’s value-adding Specialties & Decorations business, is well on track. In May 2018, Barry Callebaut opened its first CHOCOLATE ACADEMY™ Center on the African continent – its 21st globally – in Johannesburg, South Africa. The investments in South Africa and further extensions of its cocoa processing capacities in Côte d’Ivoire and Cameroon reaffirm the Group’s commitment to the African continent. Furthermore, to keep serving its customers optimally, Barry Callebaut invested in the expansion of its global chocolate production capacities in the Regions Americas and EMEA and in Singapore.

“Innovation”: Since its global launch in Shanghai in September 2017, ruby, the fourth type of chocolate, has been warmly welcomed by Barry Callebaut’s customers and has been making waves in consumer markets across the world. The iconic KitKat brand launched Sublime Ruby in Japan, South Korea, several European markets and Australia. After the introduction of the finest Belgian Ruby RB1 chocolate under the Callebaut brand in March 2018, Barry Callebaut launched Ruby Rubina under its Swiss Carma brand in May 2018. Furthermore, Barry Callebaut announced the extension of its dairy-free chocolate product portfolio in the US, tapping into growing customer demand for dairy-free chocolate. In addition, Barry Callebaut’s sugar-reduced solutions are enticing customers and growing by double-digits. Last but not least, Callebaut introduced a sensory language and tasting ritual for chocolate in January 2018, which enables brands and artisans to help consumers appreciate chocolate even more than they do today.

“Sustainability”: In fiscal year 2017/18 Barry Callebaut launched a number of unprecedented initiatives in support of its Forever Chocolate plan to make sustainable chocolate the norm by 2025. In 2017/18, the group sourced 44.0% (vs. 36.0% in prior year) of its cocoa and 44.0% (vs. 30.0% in prior year) of its other chocolate ingredients from sustainable sources. Barry Callebaut was one of the driving forces behind the signing of the Cocoa and Forests Initiative at the UN Climate Summit in Bonn in November 2017, bringing together the leading cocoa and chocolate companies, NGOs and the Ivorian and Ghanaian governments to commit to eradicating deforestation from the cocoa supply chain in West Africa. In addition, the Group is building datasets with detailed location, agronomic, economic and social survey data on already over 130,000 cocoa farms in its supply chain. These unique datasets allow Barry Callebaut to create tailor-made sustainability programs to solve the key issues of the mapped cocoa farming communities. In addition, Barry Callebaut developed pilot projects in five key cocoa sourcing countries, Côte d’Ivoire, Ghana, Cameroon, Brazil and Indonesia, to build a model of what sustainable cocoa farming in these countries entails. Furthermore, Barry Callebaut organized the fourth CHOCOVISION conference in June 2018, bringing together over 200 business leaders and key stakeholders in the chocolate and cocoa industry.

Restatement of prior year comparatives8

As part of its ongoing process and system improvement initiatives, the Group undertook a detailed review of its intercompany transactions. Extensive flows of goods between subsidiaries are typical for companies with a fully vertically integrated value chain such as Barry Callebaut. As a result of this in-depth review, some improvements were required to the intercompany profit elimination process along the value chain. In accordance with IAS 8.41f, the Group has adjusted its prior year Consolidated Financial Statements accordingly. The amounts adjusted represent merely a timing mismatch of profit recognition. These adjustments do not have an impact on the Group’s Cash generated from operating activities or Free cash flow and have no material impact on the Group’s financial position, performance and key figures / ratios. They also do not have an impact on the Group’s outlook for 2018/19, nor its mid-term financial guidance for the period 2015/16
to 2018/19.

James (Jim) L. Donald, Board member since 2008 and Chairman of the Nomination & Compensation Committee, has decided to step down from these functions at the Annual General Meeting of Shareholders 2018 following his recent appointment to President & CEO of Albertsons Companies, one of the largest supermarket chains in North America. The Board of Directors would like to express its sincere gratitude to Jim Donald for his unmatched expertise as a retail veteran and for his valuable impulses to Barry Callebaut’s people agenda.

The Board of Directors will propose Suja Chandrasekaran, Markus Neuhaus and Angela Wei Dong as new Board members.

Suja Chandrasekaran (national of Australia, India and the US), is a technology executive. She currently serves as Chief Information and Digital Officer of Kimberly-Clark (K-C) where she is part of the leadership team and leads all technology, digital, data applications and cyber security capabilities globally.

Markus R. Neuhaus (Swiss national), is a proven expert in law and corporate tax. He is currently Chairman of the Board of PwC Switzerland and a member of the Supervisory Board of PwC Europe SE (Germany, Netherlands, Belgium, Austria, Turkey). He joined PwC in 1985 and became a Partner in 1992.

All other members of the Board will stand for re-election for another term of office of one year.

3 Refer to page 5, Restatement of prior year comparatives, and to page 9, Appendix 1.

8 See page 48 of the Annual Report 2017/18, Summary of Accounting Policies – Restatement and reclassification of prior year comparatives.

2 See page 48 of the Annual Report 2017/18, Summary of Accounting Policies –  Restatement and reclassification of prior year comparatives.