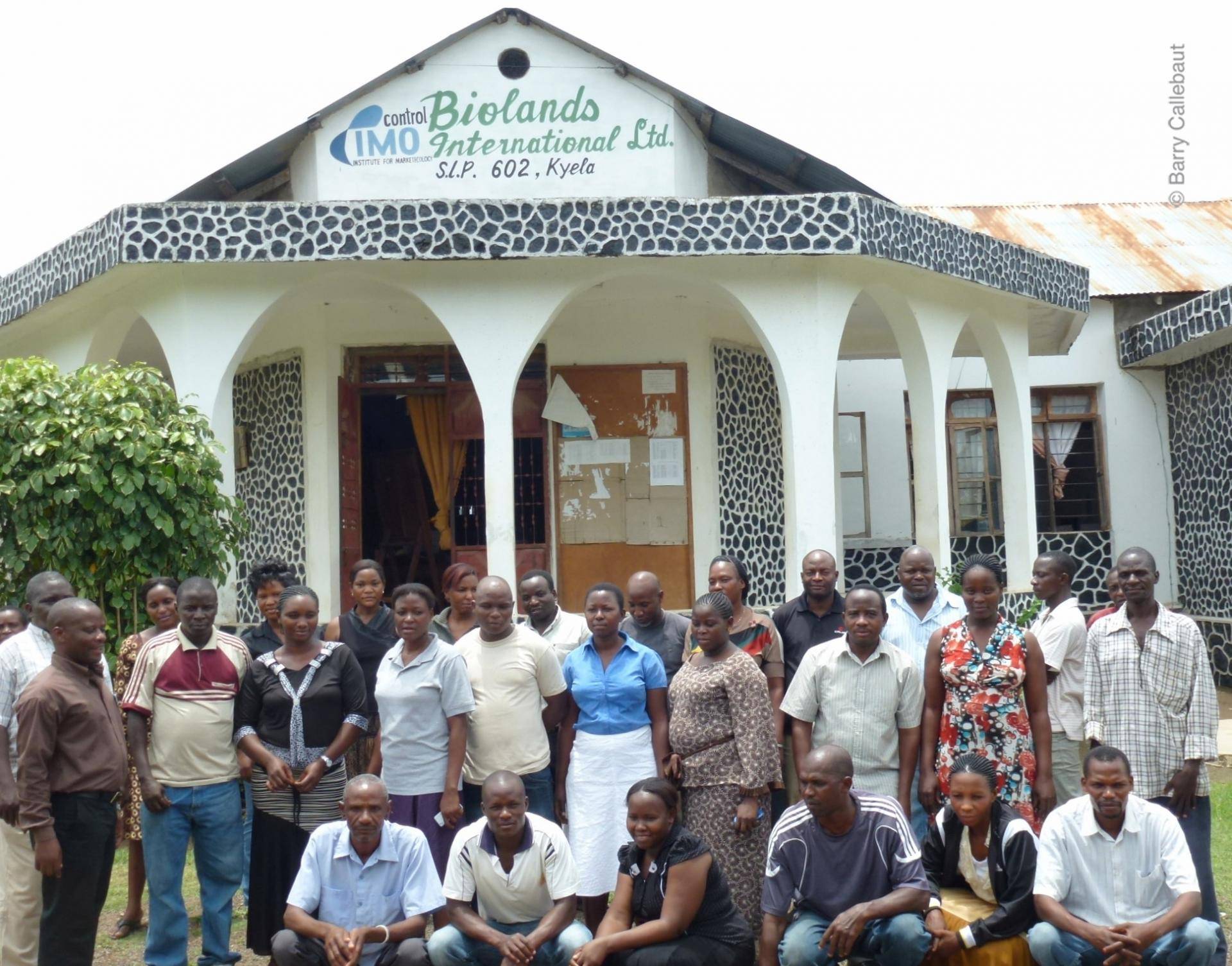 Barry Callebaut, the world’s leading manufacturer of high-quality chocolate and cocoa products, acquired the remaining 51% of Biolands Group, its long-time supplier of certified cocoa beans from East and West Africa. Barry Callebaut has been purchasing 100% of Biolands’ top-grade cocoa since 2000 and acquired a 49% stake in Tanzanian-based Biolands International in 2008. Since then, the model has been replicated in Sierra Leone and Côte d’Ivoire through the establishment of Bio-United and Biopartenaire. With the complete takeover of the Biolands Group, 143 full-time employees have joined the Barry Callebaut Group.

“The complete takeover of Biolands brings Barry Callebaut even closer to thousands of farmers committed to sustainable cocoa production,” said Daudi Lelijveld, Vice President Sustainable Cocoa. “Biolands has championed quality cocoa, transparent pricing and fair business practices since it first started working with cocoa farmers in Tanzania more than 13 years ago. We look forward to accelerating our work together with farmers to identify pragmatic and scalable solutions to address the gaps in knowledge, materials and financing which today limit the ability of farmers throughout Africa to realize productivity gains and improve livelihoods.”

The Biolands acquisition fits well with Barry Callebaut’s overall corporate strategy to become a leader in sustainable cocoa, and gain access to individual farmers in addition to cooperatives. In March 2012, Barry Callebaut launched “Cocoa Horizons”, a CHF 40 million cocoa sustainability initiative to boost farm productivity, increase quality and improve family livelihoods in key cocoa producing countries in Africa and Asia over the next 10 years. The Initiative builds upon Barry Callebaut’s own Quality Partner Program (QPP), which was launched in 2005.

Biolands is one of the largest certified organic smallholder cocoa programs in the world. Launched in Tanzania in 1999, Biolands has applied a bottom-up cooperation model, working directly with smallholder farmers to ensure fair prices are paid to the farmers and to improve the quality of cocoa and the farmers’ quality of life. This farmer-centric, village-to-port approach guarantees full traceability for every bag of cocoa sold by the 23,000 farmers participating in Tanzania, giving consumers security in knowing this cocoa has been produced in a sustainable and responsible manner. Biolands also supports local cocoa communities. Since starting training and providing support for the farmers in Tanzania in 1999, the production in the area has nearly doubled from 4,500 tonnes in 2002 to 8,000 tonnes today. In 2013, the company provided four primary and two secondary schools with classrooms, desks, teacher rooms and toilets. It supplied 15,356 books to 24 primary schools.

Participating farmers are offered training on good agricultural practices and proper post-harvest management techniques to produce good quality cocoa. Training also addresses labor practices, health and safety, environmental protection, and other sustainability topics. In 2008 the successful Biolands model was replicated to include 33,000 farmers in Sierra Leone, and in 2010 some 17,000 farmers in Côte d’Ivoire. In the past two years, all three country programs have been certified by The Rainforest Alliance, UTZ Certified or both.

In addition to providing training in good agricultural practices, technical advice and supplies, Biolands has supplied more than 1,000,000 cocoa seedlings. In addition, some 10,000 shade trees and more than 136,000 banana trees were planted as part of a joint project with Barry Callebaut to increase biodiversity on the farms.

Biolands implemented and supports a health insurance scheme for its farmers and their families in Tanzania with its partner CIDR (Centre International de Développement et de Recherche) which received the ObamaCare Award from USAID in December 2013. Of the 23,000 cocoa farmers, 16,000 participated in the scheme with their families, bringing the total beneficiaries to 45,000. The company is continuously looking for innovative, robust and cost-effective mechanisms to improve overall farmer livelihood. A mobile phone payment system has been implemented for coordinators and will soon be available to all willing farmers.

“Barry Callebaut has many years of experience working with farmer cooperatives while Biolands has focused on independent farmers not affiliated with a farmer group,” Lelijveld added. “Both approaches have shown they can deliver benefits to smallholders including improving access to agricultural training, inputs and services, and ensuring fair and timely payments. In 2013, we trained 110,000 cocoa farmers globally across both Cocoa Horizons and Biolands. We will continue to support both of these approaches depending on the needs and interests of farming communities.”

Barry Callebaut:
With annual sales of about CHF 4.9 billion (EUR 4.0 billion / USD 5.2 billion) in fiscal year 2012/13, Zurich-based Barry Callebaut is the world’s leading manufacturer of high-quality chocolate and cocoa products – from sourcing and processing cocoa beans to producing the finest chocolates, including chocolate fillings, decorations and compounds. The company runs more than 50 production facilities worldwide and employs a diverse and dedicated global workforce of over 8,500 people.
Barry Callebaut serves the entire food industry, from industrial food manufacturers to artisanal and professional users of chocolate, such as chocolatiers, pastry chefs, bakers, hotels, restaurants or caterers. The two global brands catering to the specific needs of these Gourmet customers are Callebaut® and Cacao Barry®. Barry Callebaut is committed to a sustainable cocoa production through its “Cocoa Horizons” initiative, and to help ensure future supplies of cocoa as well as improve farmer livelihoods.

Biolands:
Biolands International was founded by Eric Smeets in order to work with Tanzanian smallholder cocoa farmers to assist them to improve the quality and value of their production. This has involved helping them to convert to organic production, improving cultivation practices, planting new trees and introducing grafting among other things. Above all, Biolands has introduced a system which reaches individual farmers enabling both the product to be traceable to precise areas of production and the farmer to receive payments and services directly.