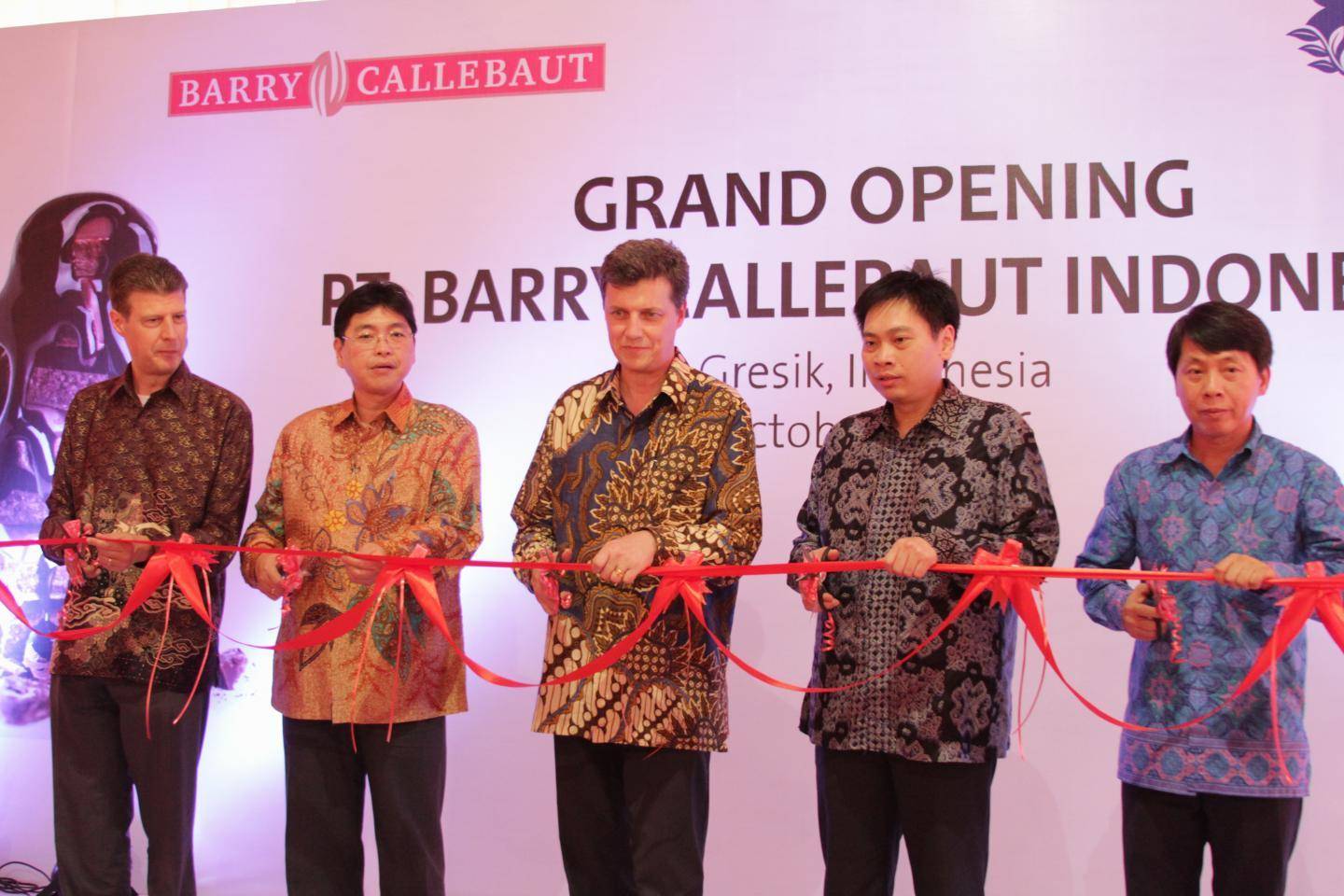 As announced in June 2015, Barry Callebaut entered into a long-term outsourcing agreement with GarudaFood Group, one of the largest food and beverage companies in Indonesia, which involves the supply of at least 10,000 tonnes of compound chocolate per year to GarudaFood as well as the set-up of Barry Callebaut’s own operations.

The new three-storey, 4,000 square meter Barry Callebaut factory is built on the premises of  GarudaFood’s biscuit plant in Gresik and will initially employ about 50 people.

“The new chocolate factory in Gresik marks an important cornerstone in Barry Callebaut's strategy to strengthen our position as a leader in all key markets in Asia Pacific. It also enables us to grow our already significant presence in Indonesia – an important emerging market with about 260 million people that offers above-average growth opportunities,” said Antoine de Saint-Affrique, CEO of Barry Callebaut. “We are truly excited that our strong relationship with GarudaFood and this new factory will provide GarudaFood with the means to quickly differentiate themselves in an increasingly competitive market.”

CEO of GarudaFood Group Hardianto Atmadja, said: “The chocolate production lines at the Barry Callebaut factory allow us to focus our manufacturing facilities in Indonesia on biscuits and strengthen the factory as a key competence center for our biscuits products in Indonesia. This move will help us to further develop our successful biscuit brands.”

The new chocolate factory marks Barry Callebaut’s business expansion in the country, the world’s third largest cocoa bean grower and fourth most populous country. The company, which has a direct presence in 8 countries across Asia Pacific, employs more than 500 employees in Bandung and Makassar, Indonesia, where it operates two cocoa grinding factories. In June of this year, the company announced that it is committed to increase its sustainability activities for cocoa farmers in Indonesia.

About Barry Callebaut Group:
With annual sales of about CHF 6.2 billion (EUR 5.6 billion / USD 6.6 billion) in fiscal year 2014/15, the Zurich-based Barry Callebaut Group is the world’s leading manufacturer of high-quality chocolate and cocoa products – from sourcing and processing cocoa beans to producing the finest chocolates, including chocolate fillings, decorations and compounds. The Group runs more than 50 production facilities worldwide and employs a diverse and dedicated global workforce of more than 9,000 people.
The Barry Callebaut Group serves the entire food industry, from industrial food manufacturers to artisanal and professional users of chocolate, such as chocolatiers, pastry chefs, bakers, hotels, restaurants or caterers. The two global brands catering to the specific needs of these Gourmet customers are Callebaut® and Cacao Barry®. The Barry Callebaut Group is committed to sustainable cocoa production to help ensure future supplies of cocoa and improve farmer livelihoods. It supports the Cocoa Horizons Foundation in its goal to shape a sustainable cocoa and chocolate future.