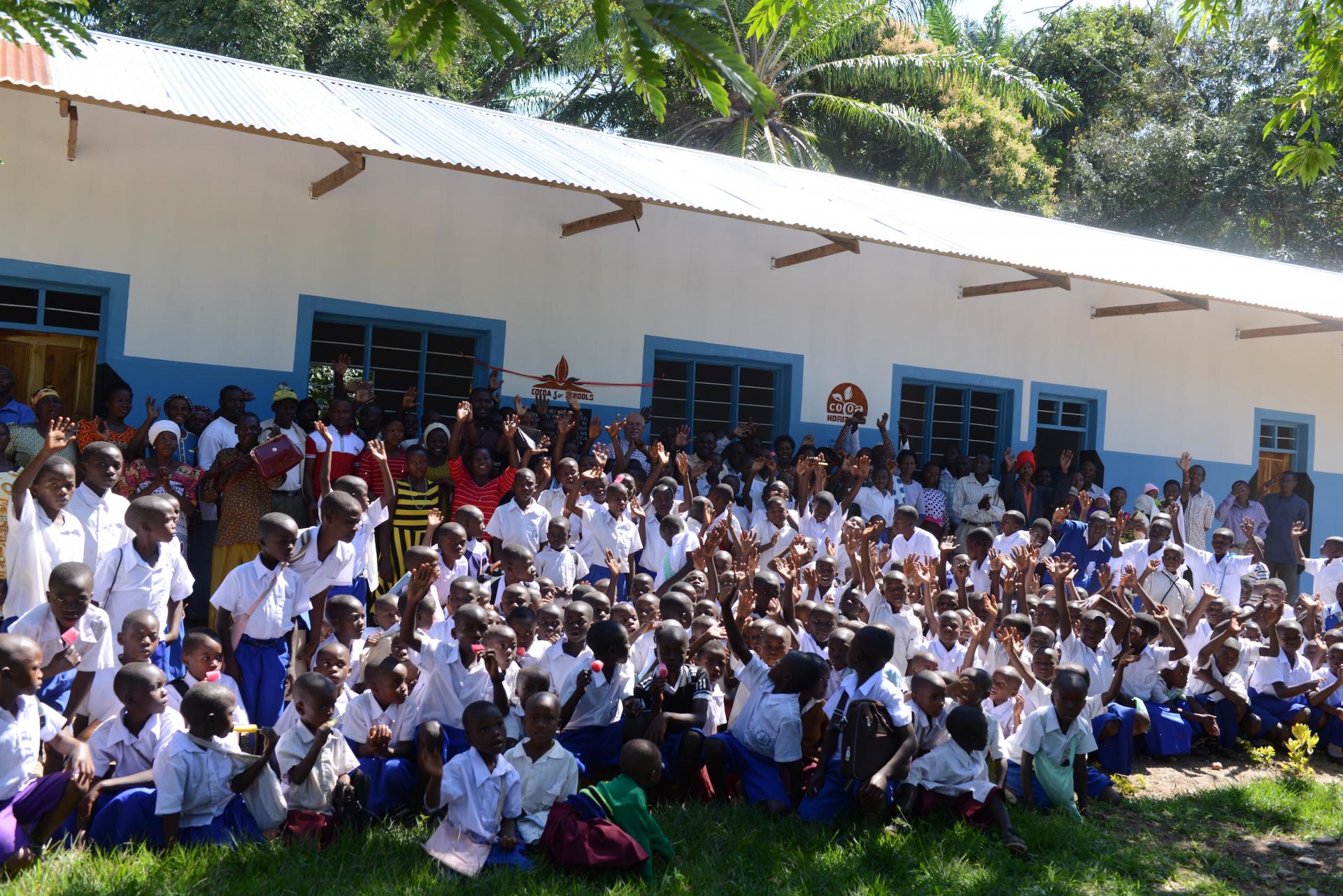 Story
Fons Maex is the son of a coal miner. Today he is the CEO of Kim’s Chocolates, one of the biggest chocolate producers in Belgium. This is the story about how Kim’s Chocolates is bringing education to 65,000 children in Tanzania – a tribute to Fons’s parents.

My first visit to Africa: a rude awakening

That might seem strange, as we have been in the chocolate business since 1987. But in the first years, we were concerned with building Kim's Chocolates and less with sourcing.

I won’t lie: visiting the cocoa farmers and seeing how they lived and worked was a rude awakening.

In pictures, you see the cocoa trees in perfect condition. But when you're on the ground, you can see how hard life is. In the village, the primary school had more than a hundred children per classroom. They had to share three school books. How can you give anyone a decent education with limited resources like that?

It resonated with me especially. My father was a coal miner, and our family was dirt poor. My parents worked day and night, seven days a week, to allow my four brothers, sister and me to get a good education. I know the importance of school.

At that moment, in front of those villagers – I said to myself, “It’s thanks to these people that we have a nice job, a nice car and that we can go on holidays.” I understood what it meant for these people to live with a lack of hygiene and medical services and to be exposed to diseases like cholera.

I wanted to do something.

When I returned from my visit to Africa, I donated 5,000 euros to a school we visited in a village in the Mbeya region to buy 2,000 books. One thing led to another, and soon we were helping the village build two extra classrooms.  At the time, my ambition was to adopt this little school and find ways to give scholarships to the kids to pursue higher education.

But in 2013, I received a call from Felix Mtawa. He’s the local operations manager of Biolands, the direct sourcing and farm services organization of Barry Callebaut. He said, “You’re doing great work, but I work with 130 villages who face the same challenges. Can you help them as well?”

By 2014 we were building 6 or 7 classrooms per year. But I felt our impact was only scratching the surface. Therefore, on a visit to Tanzania, I asked the district commissioner for an assessment of the condition of the schools in the entire district.

People were stunned – like I had dropped a bomb.

Scaling up: from 2 classrooms to 1,800 classrooms

However, it did not stop there. After undertaking an additional study of the district, we discovered that building these 600 new classrooms would not be enough, as many existing classrooms were falling apart. In total, there were 600 unfinished classrooms - instead of the previously identified 80 - and another 600 were in need of renovation. The final number, therefore, was closer to 1,800.

Compared to what we were doing previously, this was a completely different game. To scale up, we needed to switch to a more industrial process of building and renovating classrooms. We needed partners - and more money.

In Tanzania, we convinced a local cement factory and a roof sheet factory in Dar es Salaam to provide us with their products. A paint manufacturer joined us, and we even found a timber supplier who sources sustainable wood.

The project also needed more funding. We looked at an existing partner for help – and as we had already been part of Barry Callebaut’s Cocoa Horizons program since 2011, we thought working together would be a good solution. Because Kim’s Chocolates was doing really well, we were contributing a decent amount, and I told Barry Callebaut that we wanted all of our premiums to go to the Mbeya district in Tanzania. In return, we would contribute more funds on top of our premiums.

We started slowly at the end of 2015.  But now we are in full gear. As of this moment, we have building sites in over 100 villages and 171 classrooms have been handed over to the communities. We also have another 200 in the pipeline for 2017 alone.

We’re making progress on fundraising as well. Everywhere I talk about this project, people are inclined to open their wallets. A friend of mine donated 15,000 euros. Another private person recently donated 25,000 euros. Customers in the USA and Japan are organizing fundraising projects.

Out with kerosene, in with solar

As we go along, we are increasing our impact. We promised to buy 430,000 school books for the district – at a cost of some 1.3 million euros. To finance this, we are selling solar panels to the communities. Solar panels allow villagers to stop using kerosene lamps – which are unhealthy and expensive. After switching to solar, families have 50% more disposable income, which is a huge improvement in their standard of living.  With the profit we make on the panels, we will be able to buy all the school books we need.

In parallel, Barry Callebaut/Biolands is setting up training courses for farmers to help farmers get more out of their cocoa trees. They are also helping them understand the necessity of planting new cocoa seedlings to replace older, less productive trees. We have distributed 120,000 seedlings in 2016. This year another 145,000 seedlings were distributed, and demand from farmers is picking up.

It’s been a great partnership, even if I have to admit that I’m not an easy partner sometimes. I had a meeting with Barry Callebaut’s big boss – and he said to me, “Please help us by challenging us on the ground. We have a plan to get these farmers out of poverty, and we want to succeed.”

A tribute to my parents

Over the last seven years, this has become a huge project, compared to my early ambition of providing education in one village. It’s also a significant financial investment. For 2018, we forecast over 700,000 euros. In a way, managing this project has become more like managing a company alongside Kim’s Chocolates.

But in a sense, this is bigger than Kim's Chocolates. It is the best thing I ever did. When we have the handover ceremonies, I frequently think about what I’m doing and why I’m doing this: I’m doing for these children what my parents did for me and my brothers and my sister.

When you can provide education for 65,000 children – that’s huge - and to be able to do that as the son of a coal miner... I can’t imagine a greater tribute to my parents for what they did for us. 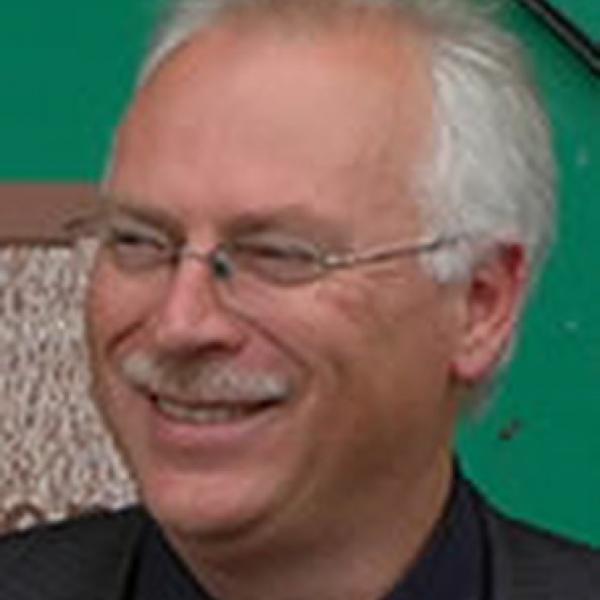 Born in Hasselt (Belgium) in the 28th of March 1952, as the eldest son in what would become a family of 7 children. Became a Master in Chemistry in 1974 at the University of Leuven. Stopped a doctorate in 1976 to start working as a technical advisor for heavy X-ray equipment for CGR. In 1978, I started working in the food industry for Griffith Laboratories, first as purchasing manager, then as production manager. In 1983, I started up Aquila NV, a trading company in food ingredients. On the 17th of November 1987, Kim's Chocolates was founded.