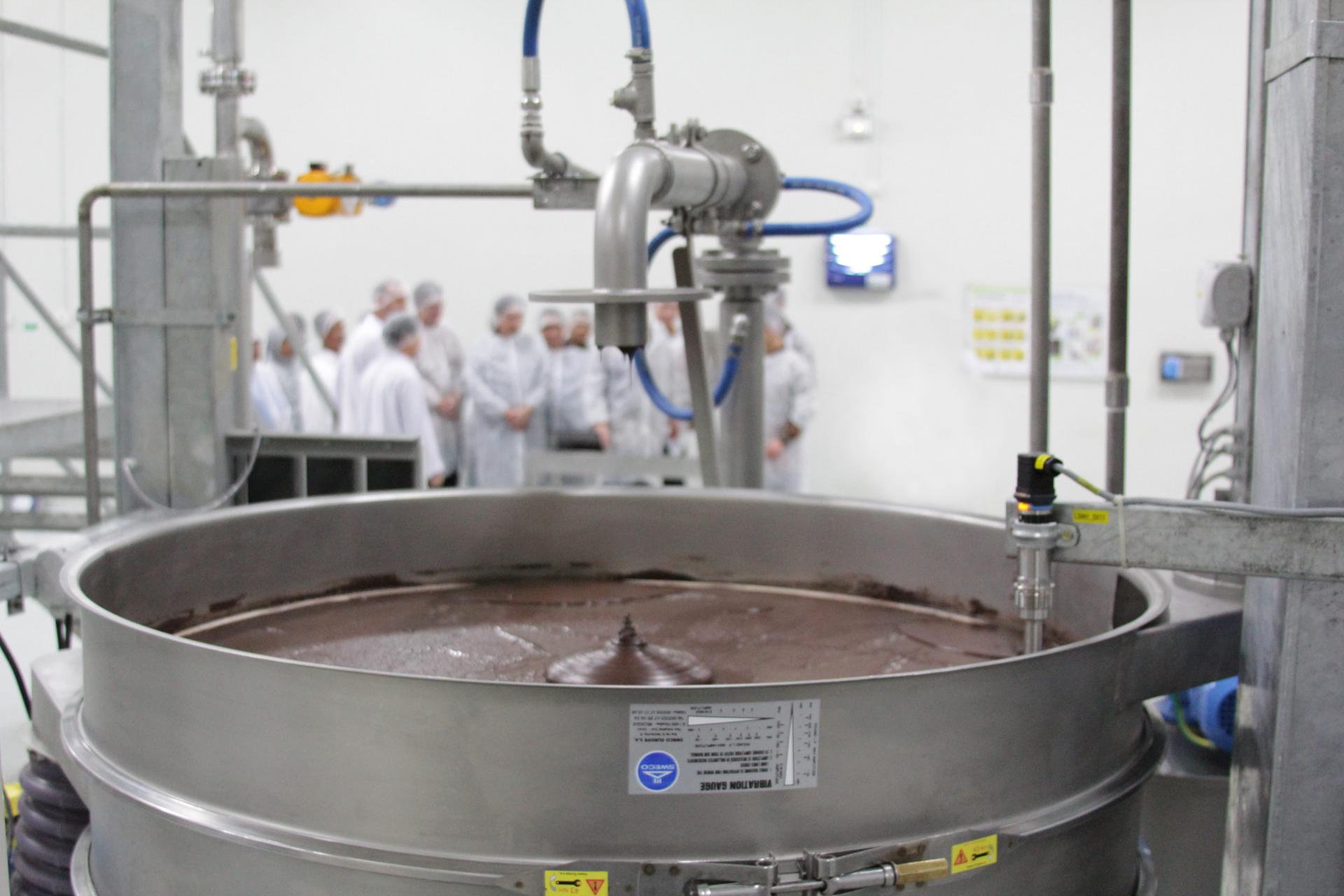 Barry Callebaut and Garudafood to extend their supply partnership in Indonesia

News Release
Expanding its footprint in the world’s 4th most populous country:

Garudafood, one of the largest food and beverage companies in Indonesia, and the Barry Callebaut Group, the world’s leading manufacturer of high-quality chocolate and cocoa products, announce the signing of an additional agreement for the long-term supply of another 7,000 tonnes of compound chocolate per year to Garudafood’s biscuit factory in Rancaekek, a sub-district of Bandung, Indonesia. Barry Callebaut expects deliveries of the additional volumes to start in mid-2019.

The concept of “plant-in-plant” will be implemented in the Garudafood’s Rancaekek biscuit factory with an investment of CHF 2.8 million (IDR 40 billion). The collaboration between the two companies will continue to be fuelled by joint innovation activities; further strengthening the position of Garudafood as a market leader in Indonesia.

This second long-term agreement is a proof of the commitment of the successful partnership between Barry Callebaut and Garudafood, which began in June 2015. As a result, Barry Callebaut has built its first chocolate factory on Garudafood’s Gresik factory premises and is supplying more than 10,000 tonnes of compound chocolate per year to Garudafood.

CEO of Garudafood Hardianto Atmadja, said, “This collaboration is also part of our ‘open innovation’ strategy and in support of Industry 4.0, so that our products made are of world-class quality. We further intensify the collaboration with Barry Callebaut which will support the performance of Garudafood in producing innovative products to provide added value for Indonesian and foreign consumers.”

Ben De Schryver, President of Barry Callebaut Asia Pacific, said: “It is truly an honor for us to further strengthen our relationship with Garudafood, a true leader in its field. This business expansion will also solidify our footprint in Indonesia, the world’s fourth most populous country with more than 260 million people and one of the most vibrant economies in Asia Pacific.”

The company currently has more than 550 employees across Indonesia namely in Gresik, Bandung, Makassar and Lampung. It is also committed to expanding its sustainability activities for cocoa farmers in Indonesia through its Forever Chocolate Program.

About Barry Callebaut Group:
With annual sales of about CHF 6.9 billion (EUR 6.0 billion / USD 7.1 billion) in fiscal year 2017/18, the Zurich-based Barry Callebaut Group is the world’s leading manufacturer of high-quality chocolate and cocoa products – from sourcing and processing cocoa beans to producing the finest chocolates, including chocolate fillings, decorations and compounds. The Group runs about 60 production facilities worldwide and employs a diverse and dedicated global workforce of more than 11,500 people. The Barry Callebaut Group serves the entire food industry, from industrial food manufacturers to artisanal and professional users of chocolate, such as chocolatiers, pastry chefs, bakers, hotels, restaurants or caterers. The two global brands catering to the specific needs of these Gourmet customers are Callebaut® and Cacao Barry®.
The Barry Callebaut Group is committed to make sustainable chocolate the norm by 2025 to help ensure future supplies of cocoa and improve farmer livelihoods. It supports the Cocoa Horizons Foundation in its goal to shape a sustainable cocoa and chocolate future.

About Garudafood (www.Garudafood.com):
PT Garudafood Putra Putri Jaya Tbk (stock code: GOOD) is one of the leading food and beverage companies in Indonesia which was founded in 1990. Currently producing and selling food and beverage products under five of its leading brands, namely Gery, Garuda, Chocolatos, Leo and Clevo. These products include biscuits, nuts, pilus, chips, confectionery, milk drinks and chocolate powder. Garudafood currently has export sales to more than 20 countries with a focus on ASEAN countries, China and India.