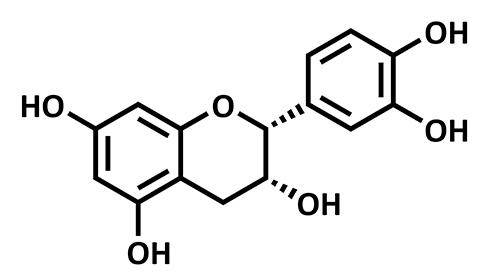 Barry Callebaut, the world’s leading manufacturer of high-quality cocoa and chocolate products, today announced that the EU Commission approved its health claim submission on cocoa flavanols (Regulation No 851/2013), following the positive Scientific Opinion issued by the European Food Safety Authority (EFSA) in July 20121. The company received the right to use the health claim that “cocoa flavanols help maintain the elasticity of blood vessels, which contributes to normal blood flow” – the first in the cocoa and chocolate industry. Barry Callebaut was able to provide evidence that the daily intake of 200 mg of cocoa flavanols (provided by 2.5 g ACTICOA® cocoa powder or 10 g ACTICOA® dark chocolate) supports a healthy blood circulation by helping to maintain the elasticity of the blood vessels.

Barry Callebaut’s customers who use ACTICOA® cocoa and chocolate products can apply the claim on their products and packaging. With this, they will be able to differentiate their offerings from other products on the market. Barry Callebaut sees new market potential to use the cocoa flavanols claim for – among others – applications in chocolate drinks, products using dark chocolate and even for the pharmaceutical industry.

Peter Boone, Chief Innovation Officer at Barry Callebaut, said: “Receiving the right to use a health claim on cocoa flavanols by the EU Commission is most valuable for us as it is a great reward for long years of extensive research. The health claim is opening up new market potential. Since we received the positive opinion from EFSA on our submitted health claim, we saw a lot of interest among our customers.”

Herwig Bernaert, Head of Discovery Programs and Global Projects at Barry Callebaut, added: “The EU Commission’s approval marks a milestone in our research efforts in the healthy ingredients of the cocoa bean. We are very happy to be able to offer our ACTICOA® products with a health claim now, a real competitive differentiator for our customers.”

Barry Callebaut:
With annual sales of about CHF 4.8 billion (EUR 4.0 billion / USD 5.2 billion) in fiscal year 2011/12, Zurich-based Barry Callebaut is the world’s leading manufacturer of high-quality cocoa and chocolate products – from sourcing and transforming cocoa beans to producing the finest chocolate, including chocolate fillings, decorations and compounds. Combined with the recently acquired cocoa ingredients business from Petra Foods, Barry Callebaut generates estimated annual sales of CHF 6 billion (EUR 4.9 billion / USD 6.4 billion), runs around 50 production facilities worldwide, sells its products in over 100 countries and employs a diverse and dedicated workforce of more than 8,000 people.
Barry Callebaut serves the entire food industry, from industrial food manufacturers to artisanal and professional users of chocolate, such as chocolatiers, pastry chefs, bakers, hotels, restaurants or caterers. The two global brands catering to the specific needs of these customers are Callebaut® and Cacao Barry®