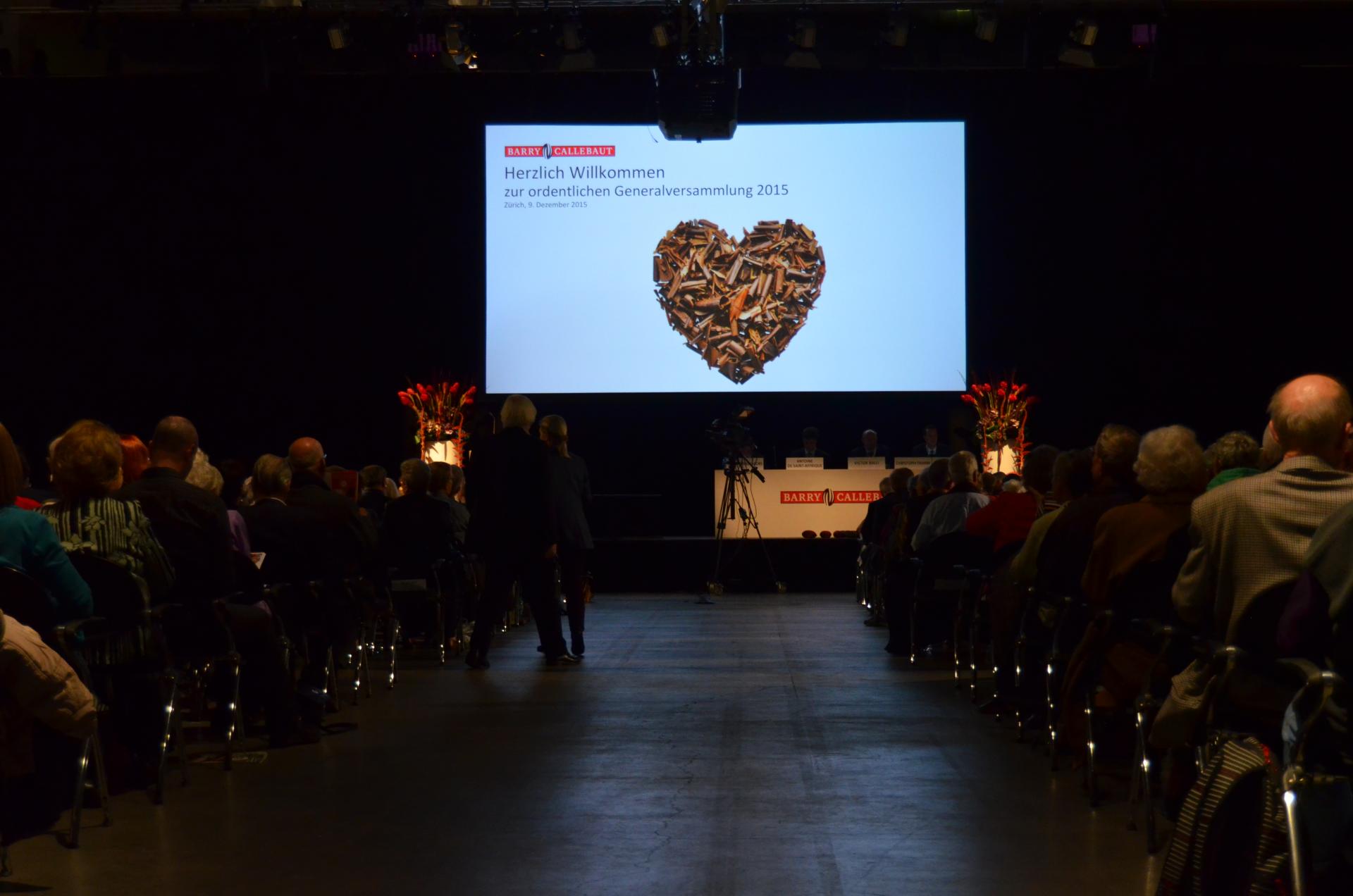 The ordinary Annual General Meeting 2015 of Barry Callebaut AG was held on Wednesday, December 9, 2015, in Zurich-Oerlikon under the chairmanship of Andreas Jacobs, Chairman of the Board of Directors. 1,280 shareholders attended the meeting, together representing 4,605,741 shares equaling 83.91% of the issued share capital.

All motions were adopted as proposed by the Board of Directors. Former CEO of the Barry Callebaut Group Patrick De Maeseneire was newly elected as Board members and will serve as the Vice-chairman. Former CEO Juergen B. Steinemann continues to serve on the Board, his re-election was confirmed along with the re-election of Andreas Jacobs (Chairman), Andreas Schmid, Fernando Aguirre, Jakob Baer, James L. Donald, Nicolas Jacobs, Tim E. Minges, and Wai Ling Liu for another one-year term of office.

The shareholders also adopted the proposal of the Board of Directors to change the Articles of Incorporation of Barry Callebaut, among other things changing the maximum number of Board members to 10. Furthermore, the shareholders approved the proposed payout of CHF 14.50 per share. The payout will be effected through a dividend payment from reserves from capital contributions. The payout to shareholders is expected to be executed on March 2, 2016 (“ex-date”: February 29, 2016; “record date”: March 1, 2016). The distribution of these funds to shareholders will not be subject to withholding tax and – for individuals residing in Switzerland and holding the shares as private property – income tax.

KPMG AG, Zurich, was re-elected as auditors of the company for fiscal year 2015/16.

More pictures can be found on Flickr: AGM Album.