A 100% plant-based bonbon. Indulgent and good for you and for the planet. As with my other creations, I have used completely plant-based ingredients to reduce the environmental impact that animal products and their derivatives have on our planet.

The European livestock sector, to quote some figures, releases the equivalent of 502 million tons of CO2 throughout the  year, but if we also consider the indirect emissions of greenhouse gases - for example those deriving from the production of feed or from deforestation - these would approach 704 million tons of CO2. An exorbitant figure that exceeds the 655.9 tons produced by the vehicles circulating in the   EU. The pollution produced by intensive farming is therefore greater than that  produced by transport. (Source: GreenPeace Report Fortifying the crisis - How European animal husbandry feeds the climate emergency).

My bonbon enhances the Madirofolo chocolate and delivers a fresh experience thanks to the powerful flavor of the Lemon of Garda. The Lemons come from the Limonaia Antichissima Malora of Gargnano, on the Brescia shore of Lake Garda. It is an ancient construction dating back to XVI century where local and centuries-old lemons are grown.  There the lemons are grown, pruned and cared for according to tradition, following absolutely natural methods, exactly as it used to be done hundreds of years ago.  The plants grow on lumber poles, and the irrigation channels are  made according to the engineering method used back in the 16th century.

The ganache and plant-based caramel contain pea milk, produced in Italy without the use of soy or any genetically modified ingredients. In addition, it has a high vegetable protein content. The almond is rich in fibre and it’s good for our nervous system, thanks to its magnesium content which helps the body to deal with stress and fatigue. It has anti-inflammatory properties, thanks to the "good" Omega-3 fatty acids and useful properties for the well-being of the bones, thanks to the high calcium content. 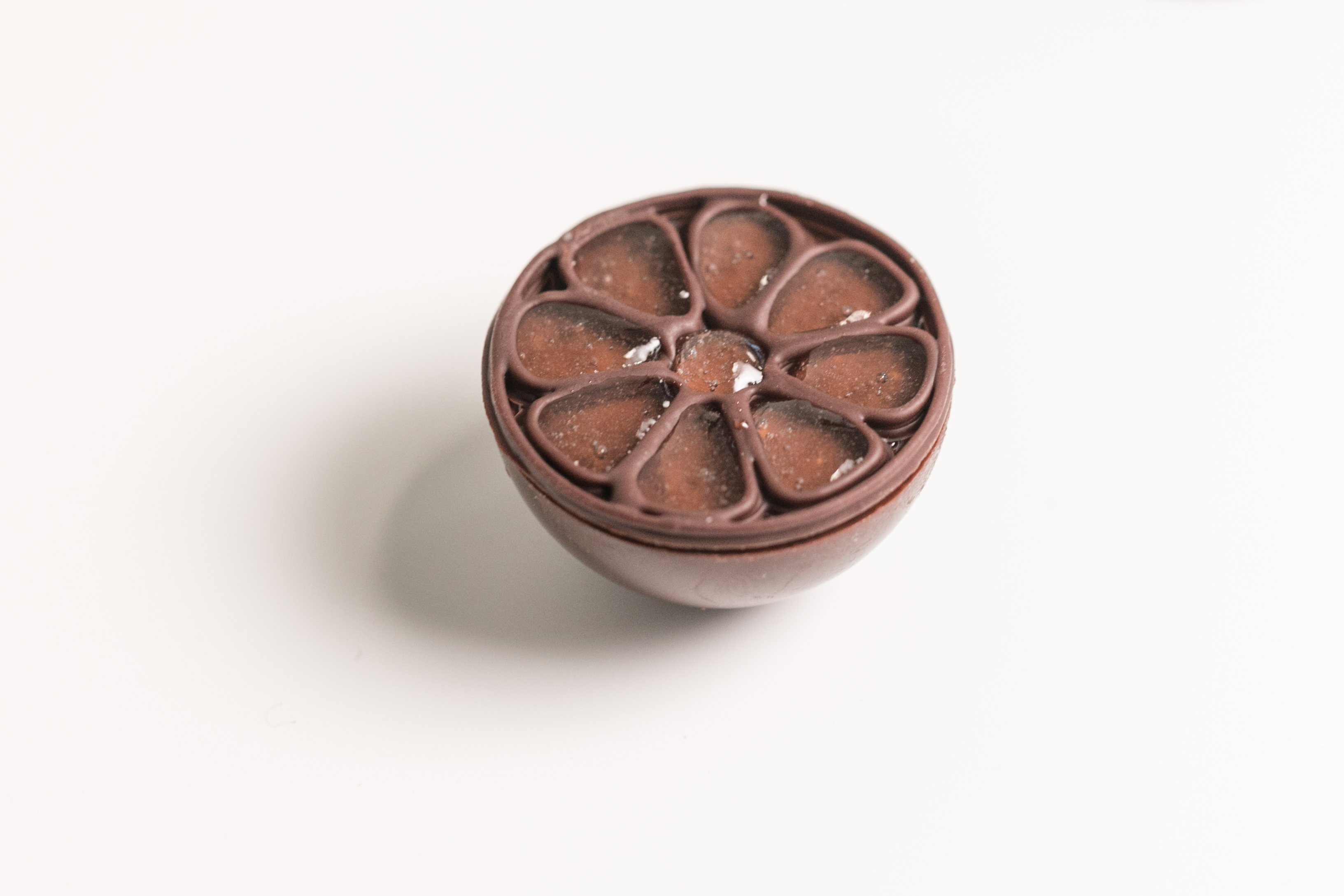 A dream of heaven

A dream of heaven