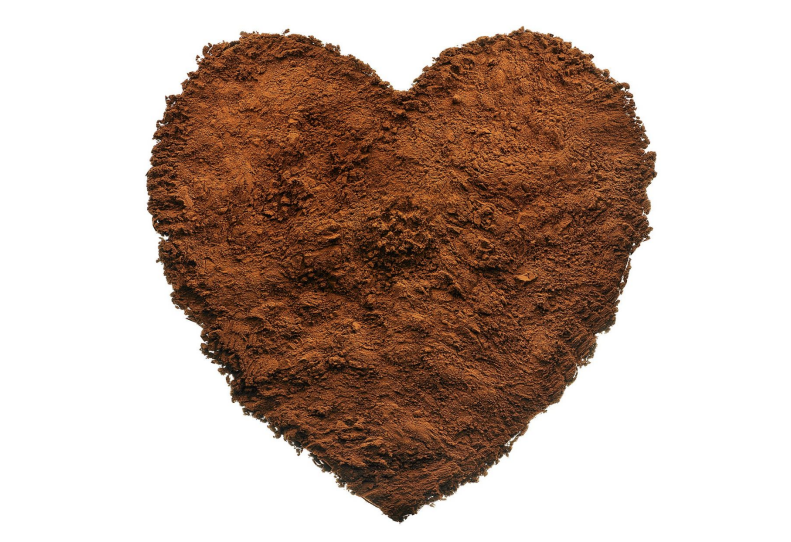 Antoine de Saint-Affrique, CEO of the Barry Callebaut Group, said: “I am pleased to see that our focus on “smart growth”, which is a balance between volume growth, enhanced profitability and free cash flow generation, starts to get traction. We delivered strong growth in our chocolate business across all Regions, supported by our three key growth drivers and despite a sluggish global chocolate confectionery market2. In our Global Cocoa business, we deliberately phased out less profitable contracts. Good profitability in our chocolate business was offset by a challenging cocoa products market, as anticipated. We also see the results of our increasing focus on free cash flow generation.”

Gross profit increased by +4.4% in local currencies (+1.9% in CHF) and came in at CHF 863.2 million. This is the result of the strong margin development in the chocolate business due to the company’s greater focus on margins, including product and customer mix, bolstered by the strong growth of the Gourmet & Specialties business. These positive effects outweighed the negative impact from the historically low combined cocoa ratio.In fiscal year 2015/16 (ended August 31, 2016) the Barry Callebaut Group – the world’s leading manufacturer of chocolate and cocoa products – increased its sales volume by +2.2% to reach 1,834,224 tonnes. Amid a global chocolate confectionery market, which declined by -1.7%2, sales volume growth in the chocolate business, including both Food Manufacturers and Gourmet, was strong and volume rose by +7.6%. All three key growth drivers contributed to this positive development, led by Gourmet & Specialties which grew +12.4%, but Outsourcing and Emerging Markets also supported the Group’s volume increase. In Global Cocoa, less profitable contracts were intentionally phased out, which led to a decline of -12.0% in volume for the full year. Sales revenue was up +8.8% in local currencies (+7.0% in CHF) to CHF 6,676.8 million, partly driven by a better product mix and overall higher sales prices over the entire fiscal year3.

Operating profit (EBIT) was basically flat in local currencies at +0.1% (-3.2% in CHF) and amounted to CHF 401.7 million. As anticipated, this year’s profitability was affected by the challenging cocoa products market, but also by restructuring costs related to the manufacturing footprint and a negative currency translation effect. Overall the Group’s EBIT per tonne decreased by -2.0% in local currencies (-5.2% in CHF).

Net working capital decreased by -10.2% from CHF 1,529.7 million in prior year to CHF 1,374.2 million. This as a result of the Group’s strong focus on reducing inventories, further supported by limited availability of cocoa beans.

Free cash flow4 increased significantly to CHF 404.0 million, compared to CHF 21.8 million in the previous fiscal year, as a consequence, amongst other things, of a lower working capital and stricter discipline in capital expenditure (CAPEX) for the fiscal year in line with the target of CHF 200 million.

Looking ahead, CEO Antoine de Saint-Affrique said: “We will continue to focus on the further implementation of our “smart growth” strategy. We have good visibility on volume growth and expect to see a positive contribution to profitability from our Cocoa Leadership project, supported by some recent recovery in the cocoa products market. On this basis, we confirm our three-year guidance: On average 4-6% volume growth and EBIT growth in local currencies on average above volume growth5.”

In May 2016, Barry Callebaut announced the successful placement of EUR 450 million 8-year 2.375% Senior Fixed Rate Notes. The offering of the Notes was significantly oversubscribed, allowing the Company to price at a historically low coupon and substantially improve its financial flexibility as well as its liquidity profile.

The European chocolate confectionery market still declined by -1.2%6, showing some signs of recovery confirming that consumption is generally picking up again.

In Western Europe, sales volume growth was strong in the Food Manufacturers business as well as in Gourmet. Beverages increased by more than a third, positively impacted by the integration of FrieslandCampina Kievit.

Operating profit (EBIT) for the Region increased by +4.4% in local currencies (-0.1% in CHF) to CHF 289.5 million, fuelled by a strong product mix and more sales of margin-accretive specialties and decorations products.

Chocolate confectionery markets in the Americas declined by -3.0%6.

Barry Callebaut once again delivered a strong performance in Region Americas. Sales volume increased by +8.8%, despite a challenging underlying market.

In South America, Barry Callebaut experienced double-digit volume growth in both the Food Manufacturers and the Gourmet businesses.

Operating profit (EBIT) was significantly up by +12.0% in local currencies (+12.6% in CHF) and came in at CHF 147.2 million, boosted by a good product mix and a particularly strong performance of the Gourmet business.

Both the Food Manufacturers and Gourmet businesses showed double-digit growth, with Gourmet being supported by global as well as local brands. In addition, growth momentum continues to pick up in China and India.

Sales volume to third-party customers decreased by -12.0% to 436,537 tonnes due to the intentional phasing out of less profitable cocoa contracts, in light of a challenging cocoa products market and while focusing on higher internal demand to support a strong chocolate business.

As anticipated in November 2015, the challenging market environment for cocoa products and the historically low combined cocoa ratio had a significant negative impact on profitability resulting in an operating profit (EBIT) of CHF 17.7 million, a decrease of -60.3% in local currencies
(-62.5% in CHF). Barry Callebaut continues to adapt its business model through its multi-year Cocoa Leadership project, which made good progress in the year under review.

The 2015/16 cocoa crop dropped compared to the prior year due to weak crops, in particular in Côte d’Ivoire and Brazil. London market trading was volatile, rallying approximately 27% from the low at the beginning of February 2016 to a level above GBP 2,500 in June, a price level last seen in the 1970’s. A large part of this increase, however, was currency-driven. The Brexit referendum led to a depreciation of 12% in the British Pound against the US-dollar. Overall demand remained relatively weak, but this did not entirely offset the decline in supply. Therefore, the overall season ended with a considerable deficit.

The combined cocoa ratio, which was at a historical low over the course of the fiscal year, due to significant oversupply coupled with weak demand and high cocoa bean prices, has recently recovered, albeit with regional differences.

After five years of a downward trend, the world sugar market reversed strongly to reach its highest level since 2012 on the basis of a world deficit and an all-time record net long position of hedge funds. Prices in Europe have also recovered vigorously supported by historically low EU stocks as well as supportive world sugar prices.

At the beginning of the fiscal year, milk powder prices moved up due to fear of drought and a bit more demand on the world market. Towards the second half of the fiscal year, prices started dropping to record low levels as production was outpacing demand by far. They have recently bounced back as low milk prices to farmers are leading to high slaughter rates and a rapid reduction of production volumes.

Changes in the Board of Directors
Dr. W. Andreas Jacobs will not stand for reelection at the Annual General Meeting of Shareholders 2016 and will step down at this occasion as Chairman of Barry Callebaut after many years of successful service at the helm of the company. Andreas Jacobs was elected to the Board in December 2003 and became Chairman in 2005. The Board of Directors, the Executive Committee and all employees would like to express their sincere gratitude to Andreas Jacobs for his vision and his strong leadership that have helped make Barry Callebaut what it is today.

All other members of the Board are standing for reelection for another term of office of one year.

Payout to shareholders
The Board of Directors will propose a payout to shareholders of CHF 15.50 per share at the Annual General Meeting of Shareholders on December 7, 2016. This represents an increased ratio of 39% of the net profit. The proposal foresees that the payout will be effected through a dividend payment partly from reserves from capital contributions (CHF 4.19 per share) and partly in the form of a capital repayment by way of a par value reduction (CHF 11.31 per share). The distribution of these funds to shareholders will not be subject to withholding tax and – for individuals who are taxed in Switzerland and hold the shares privately – income tax. The dividend will be paid to shareholders on March 2, 2017, subject to approval by the Annual General Meeting of Shareholders.

3The Barry Callebaut Group passes on raw material prices to customers for the majority of its business.