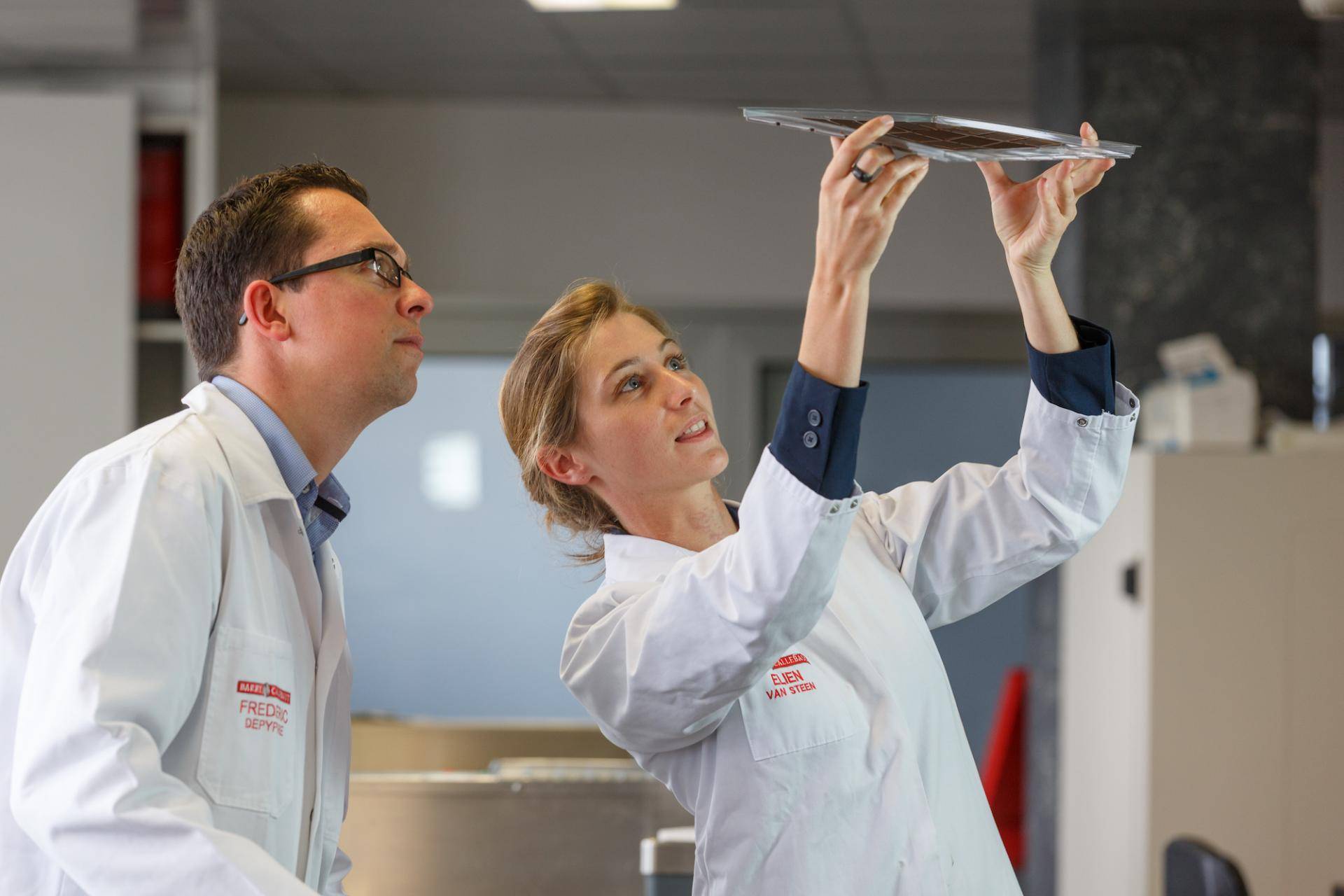 Antoine de Saint-Affrique, CEO of the Barry Callebaut Group, said: “As we have done consistently for the last ten years, we managed to outpace the market and delivered solid, profitable growth. After a slow start to fiscal year 2014/15, our volume growth accelerated, particularly during the last quarter, and reached 4.5% for the year, much in contrast to the global confectionery2 market. Sales volume growth was broadly based, driven by developed markets and supported by our key growth drivers Outsourcing, Emerging Markets and Gourmet. Despite the historically weak cocoa products market and excluding a significant negative currency translation effect, we improved our operating profit. This is the result of our continued focus on product mix, margins and costs. I congratulate the team on this robust performance.”

In fiscal year 2014/15 (ended August 31, 2015) the Barry Callebaut Group – the world’s leading manufacturer of chocolate and cocoa products – increased its sales volume by 4.5% to 1,794,782 tonnes, with a strong acceleration in the last quarter. The company’s growth for the year compares favorably to the -2.7%2 decline in the global confectionery market according to Nielsen. Growth was broadly based with strong contributions from the developed markets in Western Europe and North America, as well as from Outsourcing, Emerging Markets and Gourmet & Specialties. Sales revenue was up 12.1% in local currencies (6.4% in CHF) to CHF 6,241.9 million, as a result of volume growth and higher cocoa bean prices over the entire fiscal year3.

Gross profit grew 4.8% in local currencies (-1.7 % in CHF) to CHF 846.8 million. It was heavily impacted by the exceptionally low combined cocoa ratio, which was compensated for by the company’s greater focus on margins as well as product and customer mix, bolstered by the growth in the Gourmet & Specialties business.

Operating profit (EBIT) rose 7.4% in local currencies (-0.3% in CHF) to CHF 414.8 million, thereby outpacing volume growth. The low EBIT in Global Cocoa was compensated for by the positive EBIT contribution of all other regions and product groups. This is also the result of a good gross margin development and fixed cost discipline. Following a strong prior year, the Group’s EBIT per tonne grew by 2.9% in local currencies. Due to significant currency translation impacts, EBIT per tonne in CHF declined by 4.7%.

Net profit for the year in local currencies was 2.7% below prior year (-5.9% in CHF) and came in at CHF 239.9 million. This is a reflection of the higher average financing requirements mainly due to higher cocoa bean prices, a foreign exchange loss, as well as higher income tax expenses.

Looking ahead, CEO Antoine de Saint-Affrique said: “We see significant growth opportunities ahead and we are committed to achieving consistent, above-market volume growth based on our three key growth drivers Outsourcing & Partnerships, Emerging Markets and Gourmet & Specialties. We will strike a balance between volume growth and enhanced profitability as well as free cash flow generation – in brief: ‘smart’ growth. However, we foresee a challenging fiscal year 2015/16 due to the current cocoa products market, which will temporarily affect our profitability. We are driving a number of strategic initiatives, such as the Cocoa Leadership project, to fully leverage our global scale in cocoa, optimize our footprint and strengthen our profitability in the mid-term. We adapt our mid-term guidance to 4-6% volume growth, and EBIT above volume growth in local currencies on average for the 3-year period 2015/16 to 2017/18, barring any major unforeseen events.”

In contrast, Barry Callebaut managed to grow its sales volume in Region Europe by +3.9% to 763,646 tonnes, with a strong acceleration in the last quarter.

In EEMEA (Eastern Europe, Middle East, Africa), the Food Manufacturers business came in lower than prior year due to the loss of a large customer which was not fully compensated for by the good business with the other customers. The Gourmet & Specialties business again achieved solid volume growth, driven by excellent growth in Turkey, offset by Russia, where business suffered due to the difficult political and economic situation.

Chocolate confectionery markets in the Americas had a difficult year declining -3.5%.5

In Region Americas, Barry Callebaut continued to deliver a solid performance. Sales volume went up by 4.7%, well above the market growth rate and accelerating in the second half of the year. In North America, sales volume growth was driven by wins of new Regional accounts in Food Manufacturers and Gourmet, especially the local Gourmet brands. The company signed an outsourcing agreement with World’s Finest® Chocolate in Chicago, thereby establishing a new manufacturing base for the Group in the attractive Midwest region, and signing a long-term supply agreement for the supply of all their chocolate needs. In South America Barry Callebaut expanded its business in both Brazil and Chile, capitalizing on recent investments in production capacity, and recorded double-digit volume growth.

Chocolate markets across Asia Pacific were basically flat at -0.3%.5

Barry Callebaut’s sales volume growth in Region Asia Pacific made headway against the market, rising by 7.2% to 68,984 tonnes. Growth was mainly driven by national accounts in Food Manufacturers and a double-digit increase in Gourmet.  Barry Callebaut is proud to have signed the first outsourcing agreement in Southeast Asia with GarudaFood Group, one of the largest food and beverage companies in Indonesia, for the delivery of an important part of their compound chocolate requirements. This deal builds on the stronger credibility of Barry Callebaut as a business partner in Asia as well as greater presence and knowledge in the Region following the acquisition of the cocoa business from Petra Foods.

Sales revenue increased by 11.2% in local currencies (+8.3% in CHF) and came in at CHF 269.8 million, fueled by higher sales volume and higher cocoa bean prices. Ongoing investments in sales and marketing capabilities to build the company’s business in this emerging region, including the new CHOCOLATE ACADEMY™ center in Tokyo, led to somewhat slower EBIT growth compared to volume growth. Nonetheless, the operating profit EBIT increased 5.9% in local currencies (-0.4% in CHF) to CHF 26.9 million.

Sales volume went up 5.1% to 496,089 tonnes, accelerating in the last quarter. Driven by higher cocoa powder prices, sales revenue grew significantly by 13.9% in local currencies (+8.2% in CHF). A challenging market environment characterized by a historically low combined cocoa ratio triggered by grinding over-capacity and low demand for cocoa products had a negative impact on profitability. As a result, Global Cocoa recorded an operating profit EBIT of CHF 47.2 million, which represents a decrease of 33.7% in local currencies (-42.4% in CHF) compared to prior year.

In response to market conditions and to fully leverage its scale in cocoa, Barry Callebaut will adapt its business model through the Cocoa Leadership project. This multi-year project, which is one of the company’s strategic initiatives announced a year ago, comprises three main building blocks: 1) differentiating and repositioning the product offering, with a focus on commercial excellence; 2) centralizing key strategic activities, such as combined cocoa ratio management;

3) optimizing the cocoa manufacturing footprint and global product flows. This includes the closure of the cocoa factory in Bangpakong, Thailand, by the end of January 2016, and the immediate reduction of production capacity in Port Klang/Malaysia.

Despite a supply surplus for the 2014/15 cocoa season, cocoa bean prices further increased in fiscal year 2014/15 by around +5% to GBP 2,101 on August 28, 2015. In a volatile price environment, a shortfall in cocoa production in Ghana was more than compensated for by a slowdown in cocoa grinding (circa -4% year-on-year) and a record mid-crop out of Ivory Coast.

Low market prices did not impact global milk powder production, which remained stable at high levels globally. Demand for milk powder did not recover, resulting in the lowest prices since 2009 in the EU and since 2002 on the world market after a short rally. Prices closed around 15% lower than prior year.

The world sugar market continued its downward trend, reaching on August 24, 2015 its lowest point since 2008. The constant weakness of the Brazilian Real (weakest level since 2002) together with over-supply and the short position of funds were the main drivers of this price fall. In Europe, the reduction of preferential imports have eroded stock levels to 1.2 million tonnes vs 2 million tonnes for the previous year, leading to a price recovery.

Change at the helm of Barry Callebaut

Board of Directors
All Board members – Andreas Jacobs, Fernando Aguirre, Jakob Baer, James L. Donald, Nicolas Jacobs, Timothy E. Minges, Andreas Schmid, Juergen B. Steinemann and Wai Ling “Winnie” Liu – will stand for re-election for another term of office of one year.

3 The Barry Callebaut Group passes on raw material prices to customers for the majority of its business.