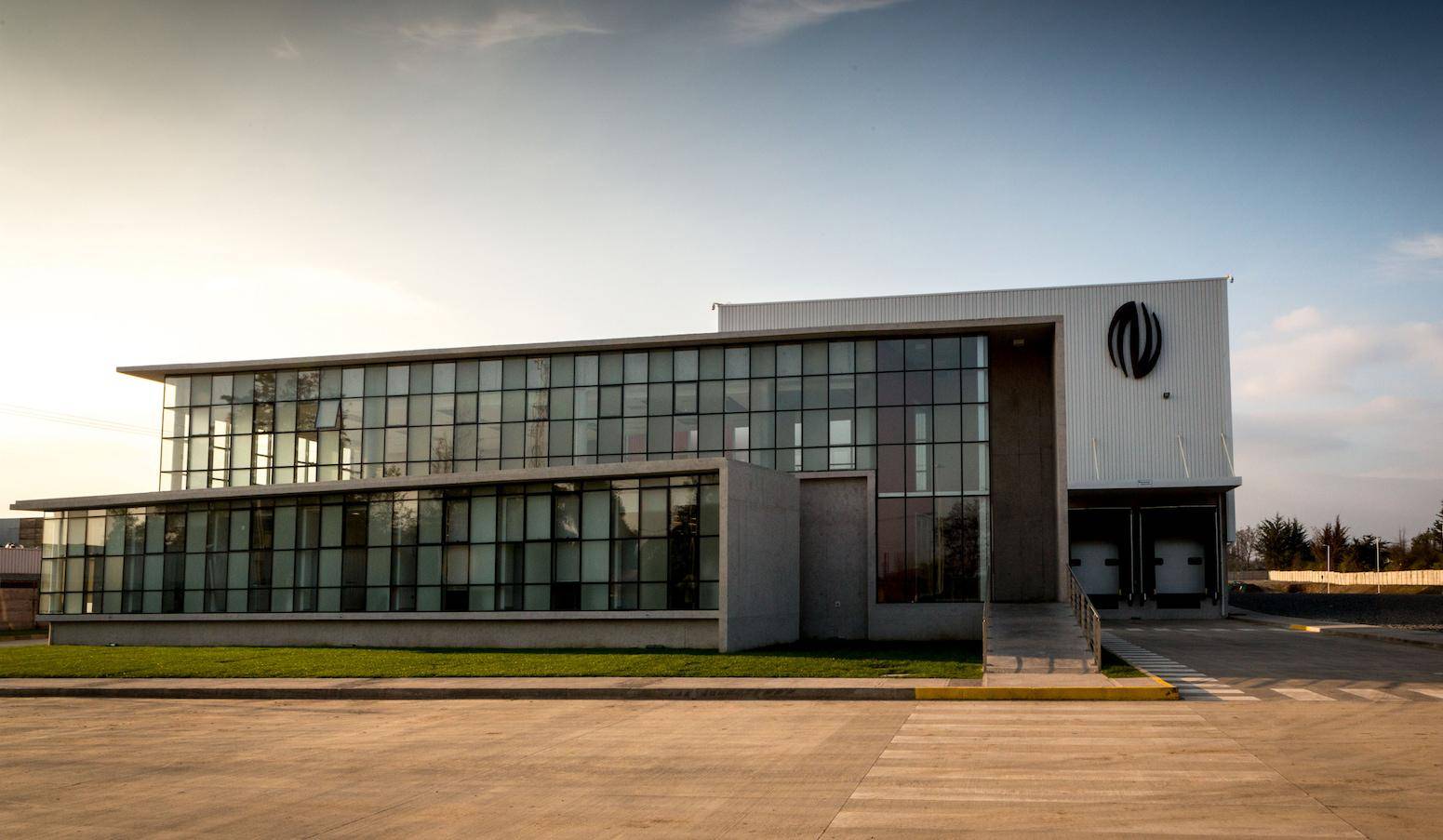 Juergen Steinemann, CEO of the Barry Callebaut Group, said: “We achieved another record year, both top and bottom-line.  Our sales volume was boosted by the acquired cocoa business, and further supported by our three growth drivers – emerging markets, Gourmet and strategic partnerships. With 2.9% volume growth on a stand-alone basis, we grew faster than the global chocolate market3. Over the last two years we have increased our focus on margin improvement. This has paid off, with EBIT and net profit growing at a double-digit rate. I am very pleased with the successful global integration of the acquired cocoa business as well as its profit contribution already in the first year.”

In fiscal year 2013/14 (ended August 31, 2014) the Barry Callebaut Group – the world’s leading manufacturer of chocolate and cocoa products – significantly increased its sales volume by 11.8% to reach 1,716,766 tonnes. On a stand-alone basis, volume growth accelerated in the fourth quarter and reached +2.9% for the full year compared to the +2.3%4 volume growth of the global confectionery market. Overall growth was boosted by the integration of the cocoa business acquired in June 2013, continued growth in emerging markets, Gourmet, and through strategic partnerships. All Product Groups contributed to the volume increase.

Gross profit grew 18.2% (stand-alone +10.6%) to CHF 861.1 million. This significant increase in profitability was the result of an improved product mix (with relatively more Gourmet and specialty products) and better product margins in the industrial business. Overall, the combined cocoa ratio had a neutral effect on the Group’s cocoa profitability, with variances in the different regions.

Operating profit (EBIT) rose 21.4% (stand-alone +5.6%) to CHF 416.2 million. This is a result of higher stand-alone gross profit and an operating profit of CHF 26.7 million (excluding transaction and integration related costs) contributed by the acquired cocoa business. The Group also strongly increased its EBIT per tonne performance by +8.5% to CHF 242.4 (stand-alone +2.6% to CHF 254.8).

Net profit for the year went up 14.5% to CHF 255.0 million, driven by the good EBIT performance, partly offset by higher financing and tax costs.

Outlook – Further attractive growth potential, focus on tight cost control
Looking ahead, CEO Juergen Steinemann said: “The short-term global economic outlook will remain challenging. Therefore, we will focus on tight cost controls. However, based on our proven long-term strategy, the structural investments made over the last few years and the global platforms we have built, we see many opportunities across our three growth drivers – emerging markets, outsourcing and strategic partnerships, and Gourmet. We expect to continue to outperform the global chocolate market and will keep focusing on margin improvements. With this, we remain confident in achieving our mid-term targets6.”

Region Europe – Strong profit performance through focus on margin and product mix
The European chocolate confectionery market rose by 1.2%. Volume growth in Western Europe was flat at +0.1%; while markets in Eastern Europe grew +3.7%.7

In Region Europe, sales volume decreased by 1.2% to 735,204 tonnes. In Western Europe the Group optimized its customer and product mix, which resulted in higher margins. While capacity constraints restricted growth in the previous year, recent investments have neutralized such constraints and now allow for further growth. Good growth was recorded with specialties and decoration products, which contributed to a better product mix. The region also gained various new long-term partnership agreements with leading regional players. The Gourmet business performed excellently, achieving double-digit growth with its global brands, Callebaut® and Cacao Barry®. The Beverages business also delivered a strong performance.

In EEMEA, both the Food Manufacturers and the Gourmet & Specialties business again achieved double-digit volume growth, despite very challenging markets in the fourth quarter.

Overall sales revenue in Region Europe grew by 9.4% to CHF 2,573.3 million as a result of higher cocoa bean prices and increased sales of higher value products. Operating profit (EBIT) improved by +5.3% to CHF 268.1 million driven by better gross margins in the Food Manufacturers Products business and a strong contribution from the Gourmet & Specialties Products business.

Overall, sales revenue in the Region increased by 8.8% to CHF 1,287.3 million. Operating profit (EBIT) rose strongly by 17.5% to CHF 126.5 million as a result of the higher sales volume and margin improvements across all businesses and in all markets.

Sales revenue increased by 12.2% to CHF 249.1 million, mainly influenced by higher raw material prices. Weaker currencies, a slowdown in the Gourmet business, especially in Japan, and further investments in structures and manufacturing footprint had an adverse impact on the operating profit; EBIT increased only by 0.4% to CHF 27.0 million.

Total sales revenue went up 55.8% to CHF 1,756.2 million in line with volume growth driven by the acquisition. In a challenging market environment for cocoa products, Global Cocoa recorded a strong EBIT increase to which the acquired cocoa business contributed with CHF 26.7 million. Total operating profit (EBIT) grew by 95.7% to CHF 82.0 million. Stand-alone EBIT increased by 2.6% to CHF 55.3 million, influenced by a weak combined cocoa ratio.

All major global milestones in the integration of the acquired cocoa business have been achieved. The remaining work streams have now been transferred to the regional divisions of the Global Cocoa segment. The acquired manufacturing assets and supply chain network are fully integrated and initial synergies have been realized. Synergies of CHF 30-35 million by 2015/16 are confirmed.

Raw material price developments
Cocoa prices showed a continuous upward trend starting from levels of around GBP 1,600 per tonne at the beginning of the fiscal year: During the year, cocoa prices increased by around 25% to reach levels above GBP 2,000 per tonne at the end of August 2014. Strong main and mid-crop arrivals from the two most important cocoa origins, Côte d’Ivoire and Ghana, turned the 2013/14 season into a slight surplus. However, the bullish momentum prevailed in the market. It has been fuelled by fears related to the Ebola outbreak in some West-African countries bordering Côte d’Ivoire and Ghana, el Niño forecasts, a potential cocoa shortage by 2020, as well as financial speculation.

The world sugar market was characterized by high volatility – driven by both funds activities and weather expectations. Prices closed about 20% lower than at the beginning of the fiscal year. European sugar prices steadily decreased as a result of a good supply situation; in total, they went down by around 25%.

High market prices stimulated global milk production. Demand for milk powder lagged behind the good supply, resulting in prices decreasing globally as of March 2014. Currently, prices are around 35% lower compared to the beginning of the fiscal year.

Juergen Steinemann said: “After an intense period as CEO of Barry Callebaut I would like to step down from my function at the end of the current fiscal year. Until then, I will continue to devote all my energy to Barry Callebaut and to ensure the current fiscal year is once again a successful one. I feel honored that the Board is proposing me as a new Board member and Vice Chairman, as this will allow me to continue to support the further growth of our great company, building on the entrepreneurial spirit, the passion and unique expertise of all my colleagues.”

Andreas Jacobs, Chairman of the Barry Callebaut Group, said: “The Board of Directors regrets, but accepts Juergen Steinemann’s desire to step down from his executive function. He will stay on board until the end of this fiscal year; this will ensure a timely succession planning process and a seamless transition. The search for a successor is being initiated. The Board is keen to further benefit from Juergen Steinemann’s wealth of experience and proposes his election as a Board member and Vice Chairman of our company to our shareholders. Following shareholder approval of our proposal, we will be pleased to welcome him to the Board of Directors.”

Furthermore, the Board proposes Ms Wai Ling “Winnie” Liu (born 1968, a Hong Kong Chinese national) to be elected to the Board. Ms Liu serves as CEO of ENZO Jewelry, founded in Hong Kong, a jewelry retail brand operating as a national jewelry retail chain with over 230 outlets across 60 cities in Greater China (see separate CV for further details). Andreas Jacobs said: “Our company and our customer base have become more global. We therefore wanted to further diversify our Board in line with our global footprint.”

Winnie Liu will succeed Ajai Puri who has decided to step down from the Board. The Board of Directors would like to thank Ajai Puri for his valuable contributions and is pleased that he will continue to support the Barry Callebaut Group in an active advisory role primarily in the areas of innovation, science and technology.