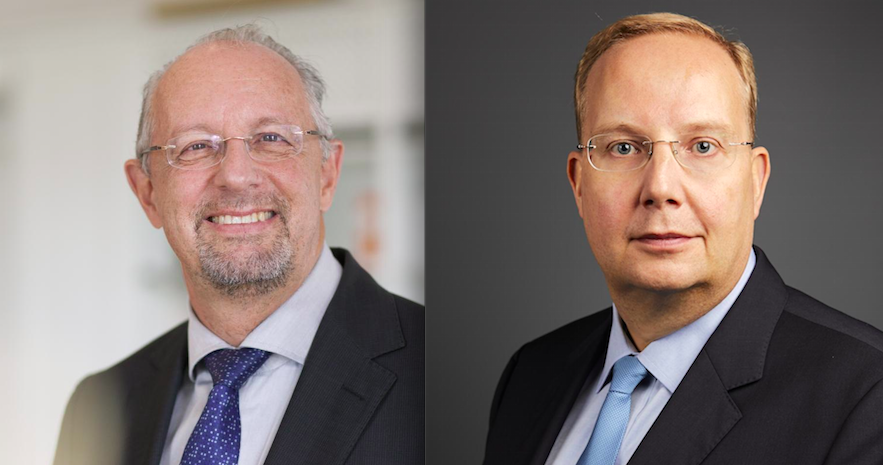 After serving as Chief Financial Officer of the Barry Callebaut Group since February 2007, Victor Balli (born 1957) has decided to retire from his executive function effective February 28, 2018. The Board of Directors has appointed Remco J. Steenbergen (born 1968, Dutch national) as new CFO and member of the Executive Committee effective March 1, 2018. Victor Balli will ensure a smooth handover to Remco Steenbergen who will join the company on January 1, 2018. The Board of Directors and the Executive Committee express their gratitude to Victor Balli for his valuable contribution over a period of eleven highly successful years during which Barry Callebaut has become the global leader in cocoa and chocolate, and wish him the very best for his future endeavors.

Remco Steenbergen joins Barry Callebaut from Royal Philips, a focused leader in health technology with annual sales of EUR 17 billion (2016), where he has served as Executive Vice President and CFO HealthTech Businesses, Innovation & Group Functions since 2015. Trained as a Registered Accountant and also holding an MBA, Remco Steenbergen brings to Barry Callebaut extensive experience in driving value creation, business transformation, leading and shaping Finance teams, improving business processes and systems, performing acquisitions, strategic planning, performance management and reporting. Remco Steenbergen spent nearly 20 years with Philips where he held a number of roles: CFO Television Europe in Belgium, General Manager of Finance Shared Services in Ireland, Group Chief Accountant in the Netherlands, Sector Controller Healthcare in the USA and CFO Business Imaging Systems in the USA before returning to the Netherlands in 2014 as Group Controller. He was promoted to his current role as Executive Vice President and CFO HealthTech Businesses, Innovation & Group Functions in 2015. Remco Steenbergen started his career with KPMG in 1986 where he worked in different roles in the Netherlands, the United Kingdom and Taiwan until 1998.

Antoine de Saint-Affrique, CEO of the Barry Callebaut Group, said: “We owe a lot to Victor Balli whom I will miss as a trusted sparring partner, a respected colleague and a strong CFO. Victor has had a major contribution, over the last 11 years, in shaping Barry Callebaut to what it is today. As importantly, Victor was a mentor to many of our younger colleagues whom he has advised and supported in their career development, growing around him a strong pool of talents. I am delighted to welcome Remco Steenbergen as our new CFO. He is a proven global Finance leader with a great track record of transforming businesses and building capabilities, and with broad international experience. Building on this, Remco will be the ideal successor to Victor and well equipped to build on Victor’s legacy and help bringing Barry Callebaut to the next level.”

About Barry Callebaut Group:
With annual sales of about CHF 6.8 billion (EUR 6.3 billion / USD 6.9 billion) in fiscal year 2016/17, the Zurich-based Barry Callebaut Group is the world’s leading manufacturer of high-quality chocolate and cocoa products – from sourcing and processing cocoa beans to producing the finest chocolates, including chocolate fillings,decorations and compounds. The Group runs close to 60 production facilities worldwide and employs a diverse and dedicated global workforce of about 11,000 people.
The Barry Callebaut Group serves the entire food industry, from industrial food manufacturers to artisanal and professional users of chocolate, such as chocolatiers, pastry chefs, bakers, hotels, restaurants or caterers. The two global brands catering to the specific needs of these Gourmet customers are Callebaut® and Cacao Barry®.
The Barry Callebaut Group is committed to make sustainable chocolate the norm by 2025 to help ensure future supplies of cocoa and improve farmer livelihoods. It supports the Cocoa Horizons Foundation in its goal to shape a sustainable cocoa and chocolate future.