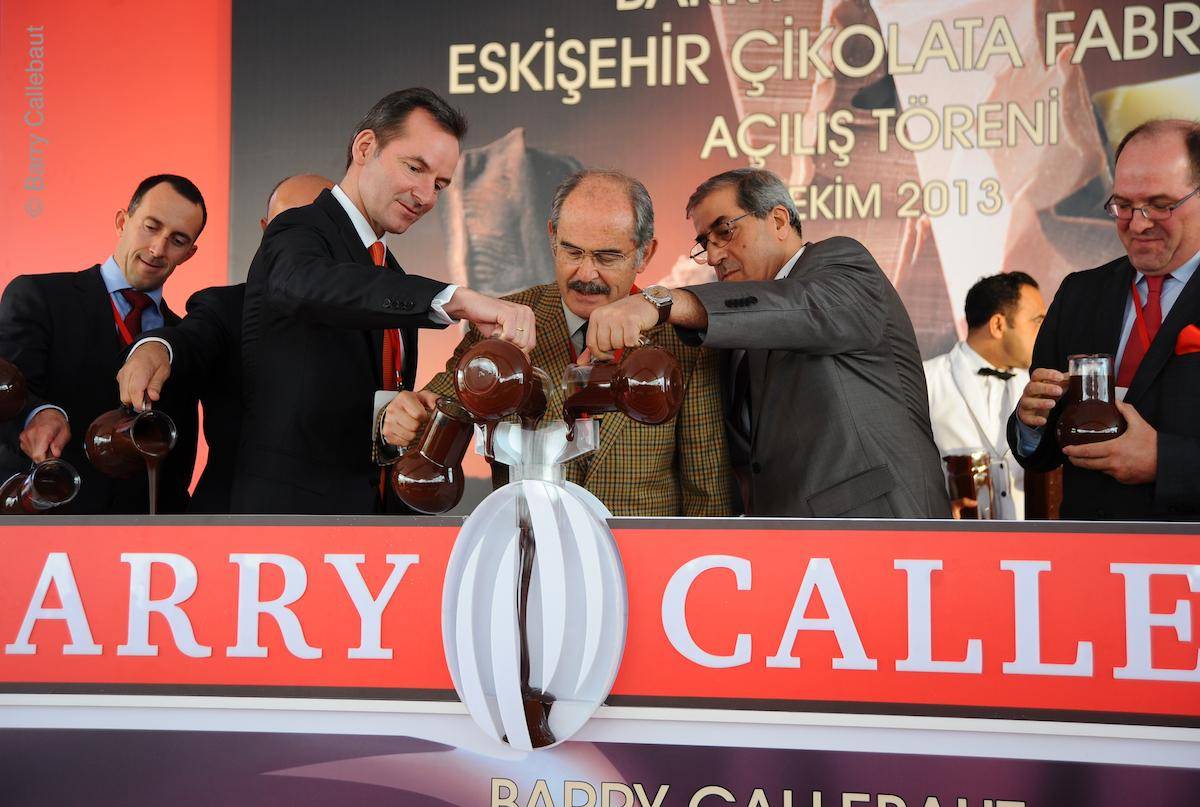 Situated in Turkey’s Central Anatolia region, the location in Eskişehir is close to existing and potential new confectionery customers. The facility will serve as a local base to further tap into the fast-growing Turkish chocolate market as well as to capture opportunities in the company’s EEMEA region.

Juergen Steinemann, CEO of Barry Callebaut, said: “We are excited about the opening of our first chocolate factory in Turkey, the second one in our EEMEA Region. This new local presence is another important step in continuing our expansion in fast-growing chocolate markets and widens our footprint. Now we are in an even better position to capitalize on the future growth of the attractive Turkish as well as neighboring markets.”

Speaking at the inauguration ceremony, Filip De Reymaeker, Barry Callebaut’s President Region EEMEA, added: “Turkey ranks among the top five fastest growing chocolate confectionery markets in the world. There is significant growth potential for us here as demand for high-quality chocolate, technical services and new innovations is growing fast. Being centrally located in Eskişehir means we are now closer to the customers we want to serve and to the raw materials we need – all within an ideal radius of 400 km from our factory.”

With less than 2 kg per capita, chocolate consumption in Turkey is still rather low. However, in the last five years the total volume of the local chocolate confectionery market has expanded by nearly 50% to over 125,000 tonnes. The market is expected to continue to grow strongly at a rate of over 6% per annum in the period from 2013 to 2018 – much higher than the long-term average growth rate of 1 to 2% per year for the global chocolate market.1

Barry Callebaut opened its first chocolate factory in the EEMEA region in 2007 in Chekhov, Russia, 60 km south of Moscow. Its annual sales volume in the EEMEA region has increased at a double-digit rate ever since. Regional headquarters were established in Istanbul earlier this year. In November 2013 Barry Callebaut will open a Chocolate Academy™ center in Istanbul, a training center for professionals such as chocolatiers, pastry chefs, bakeries, hotels, restaurants and caterers.

Barry Callebaut:
With annual sales of about CHF 4.8 billion (EUR 4.0 billion / USD 5.2 billion) in fiscal year 2011/12, Zurich-based Barry Callebaut is the world’s leading manufacturer of high-quality cocoa and chocolate products – from sourcing and transforming cocoa beans to producing the finest chocolate, including chocolate fillings, decorations and compounds. Combined with the recently acquired cocoa ingredients business from Petra Foods, Barry Callebaut generates estimated annual sales of CHF 6 billion (EUR 4.9 billion / USD 6.4 billion), runs around 50 production facilities worldwide, sells its products in over 100 countries and employs a diverse and dedicated workforce of more than 8,000 people.
Barry Callebaut serves the entire food industry, from industrial food manufacturers to artisanal and professional users of chocolate, such as chocolatiers, pastry chefs, bakers, hotels, restaurants or caterers. The two global brands catering to the specific needs of these customers are Callebaut® and Cacao Barry®.