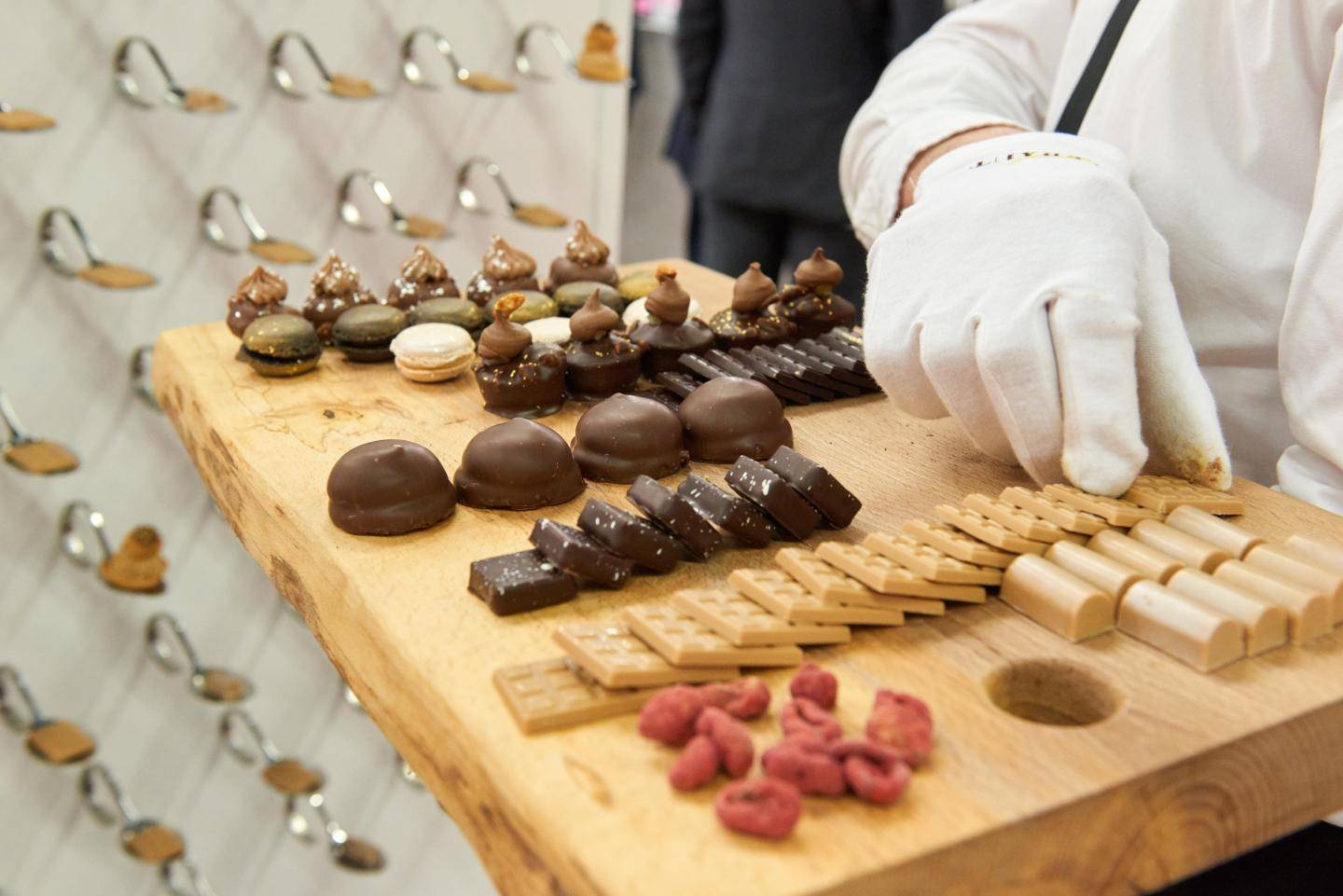 Antoine de Saint-Affrique, CEO of the Barry Callebaut Group, said: “We have achieved solid results despite very challenging market conditions. Our volume growth shows a consistent, strong performance. Our bottom-line reflects the predicted negative impact of the weak cocoa products market and a significant negative currency translation effect. Our focus on ‘smart growth’ is gaining traction. This is all very much in line with our expectations.”

During the first half of fiscal year 2015/16 (ended February 29, 2016), the Barry Callebaut Group – the world’s leading manufacturer of chocolate and cocoa products – increased its sales volume by 4.5% to 933,327 tonnes, significantly outperforming a slightly improving but still weak global chocolate confectionery market1. This volume growth was driven by the chocolate business across all Regions. All key growth drivers contributed positively. In the Global Cocoa business, sales to third parties were intentionally reduced and less profitable contracts are being progressively phased out.

Gross profit increased by 4.7% in local currencies (-1.9% in CHF) to CHF 437.9 million, largely in line with volume growth as the negative impact from the combined cocoa ratio was compensated by a good development on margins and a better product mix in the Group’s chocolate business due to the strategic focus on this area.

Compared to the strong comparison base from last year, operating profit (EBIT) was almost flat at CHF 200.7 million (-0.3% in local currencies and -8.4% in CHF, due to a significant negative currency translation effect of CHF -17.9 million resulting mainly from the strength of the Swiss franc against the Euro and some emerging market currencies). As anticipated some restructuring costs related to the Cocoa Leadership project and additional investments in Sales and Marketing also had a negative effect.

Net profit was down -12.5% in local currencies (-18.5% in CHF) to CHF 107.9 million, affected by higher financial expenses, income taxes, and foreign exchange effects.

Net working capital decreased by 11.8% from CHF 1,566.6 million in the prior year period to CHF 1,382.3 million despite the Group’s growth. This is mainly the result of the Group’s working capital initiative leading to significantly lower volume in inventories and an increase in trade payables and other current liabilities.

Net debt amounted to CHF 1,538.2 million, down by 14.1% from CHF 1,790.6 million in the prior year period. The decrease was mainly driven by lower financing needs related to working capital and capital expenditure.

As a result, free cash flow significantly improved to CHF 220.4 million whereas the prior year period resulted in an outflow of CHF -142.8 million.

CEO Antoine de Saint-Affrique on the outlook: “As forecast, the year will remain challenging from a profitability point of view due to the current cocoa products market. We will continue to focus on putting ‘smart growth’ into action and on transforming our cocoa business in order to restore its EBIT per tonne. We are pleased to see that our actions are beginning to bear fruit. We confirm our mid-term guidance2.”

In Western Europe, sales volume growth was particularly strong in the Food Manufacturers business and as well in Gourmet where there was an acceleration in the second quarter.

In Eastern Europe, sales volume grew double-digit, from a low base in the prior year.

Chocolate confectionery markets in the Americas declined by -3.7 %.6

Barry Callebaut’s sales volume in Region Americas grew by 13.4% to 251,151 tonnes. Growth was driven by Food Manufacturers with both national and global accounts, mainly from outsourcing and additional market share gains. Gourmet showed a very strong performance with double-digit growth across all countries in the Region.

Barry Callebaut's sales volume in Region Asia Pacific grew strongly by 12.6% to 40,888 tonnes. Growth in the Food Manufacturers product business accelerated, achieving a double-digit increase, with business performing particularly well in China, India, Indonesia and Malaysia. Double-digit growth in the Gourmet business was largely supported by markets such as China, India and Korea.

Sales volume in the segment Global Cocoa decreased by -7.8% to 229,407 tonnes, as a result of the intentional phasing out of less profitable contracts including some long-term ingredient agreements that were not renewed and in light of a still challenging cocoa products market and the focus on working capital.

Sales revenue increased by 14.6% in local currencies (4.4% in CHF) to CHF 1,040.1 million, reflecting the focus on profitability and customer mix.

As part of the Cocoa Leadership project, a key strategic initiative to strengthen the Group’s profitability, Barry Callebaut completed the reduction of cocoa processing capacity in Asia as announced in November 2015 and the coordination of all global commercial decisions and product flows as well as centralized combined ratio management.

During the first six months of the current fiscal year, cocoa prices increased by 4% from
GBP 2,126 on September 1, 2015 to GBP 2,212 on February 29, 2016. The strong price increase is due to an expected slight deficit in the 2015/16 season mostly caused by lower Ivorian, Brazilian and Indonesian crops.

An adverse macro environment initially drove sugar prices way down on the world market before correcting upwards supported by tighter supply as well as fund activity.

In Europe, prices are recovering, driven by expectations of record low stocks at the end of the current campaign.

1 The Barry Callebaut Group passes on raw material prices to customers for the majority of its business.

4 The Barry Callebaut Group passes on raw material prices to customers for the majority of its business.

About Barry Callebaut Group:
With annual sales of about CHF 6.2 billion (EUR 5.6 billion / USD 6.6 billion) in fiscal year 2014/15, the Zurich-based Barry Callebaut Group is the world’s leading manufacturer of high-quality chocolate and cocoa products – from sourcing and processing cocoa beans to producing the finest chocolates, including chocolate fillings, decorations and compounds. The Group runs more than 50 production facilities worldwide and employs a diverse and dedicated global workforce of more than 9,000 people.
The Barry Callebaut Group serves the entire food industry, from industrial food manufacturers to artisanal and professional users of chocolate, such as chocolatiers, pastry chefs, bakers, hotels, restaurants or caterers. The two global brands catering to the specific needs of these Gourmet customers are Callebaut® and Cacao Barry®.The Barry Callebaut Group is committed to sustainable cocoa production to help ensure future supplies of cocoa and improve farmer livelihoods. It supports the Cocoa Horizons Foundation in its goal to shape a sustainable cocoa and chocolate future.