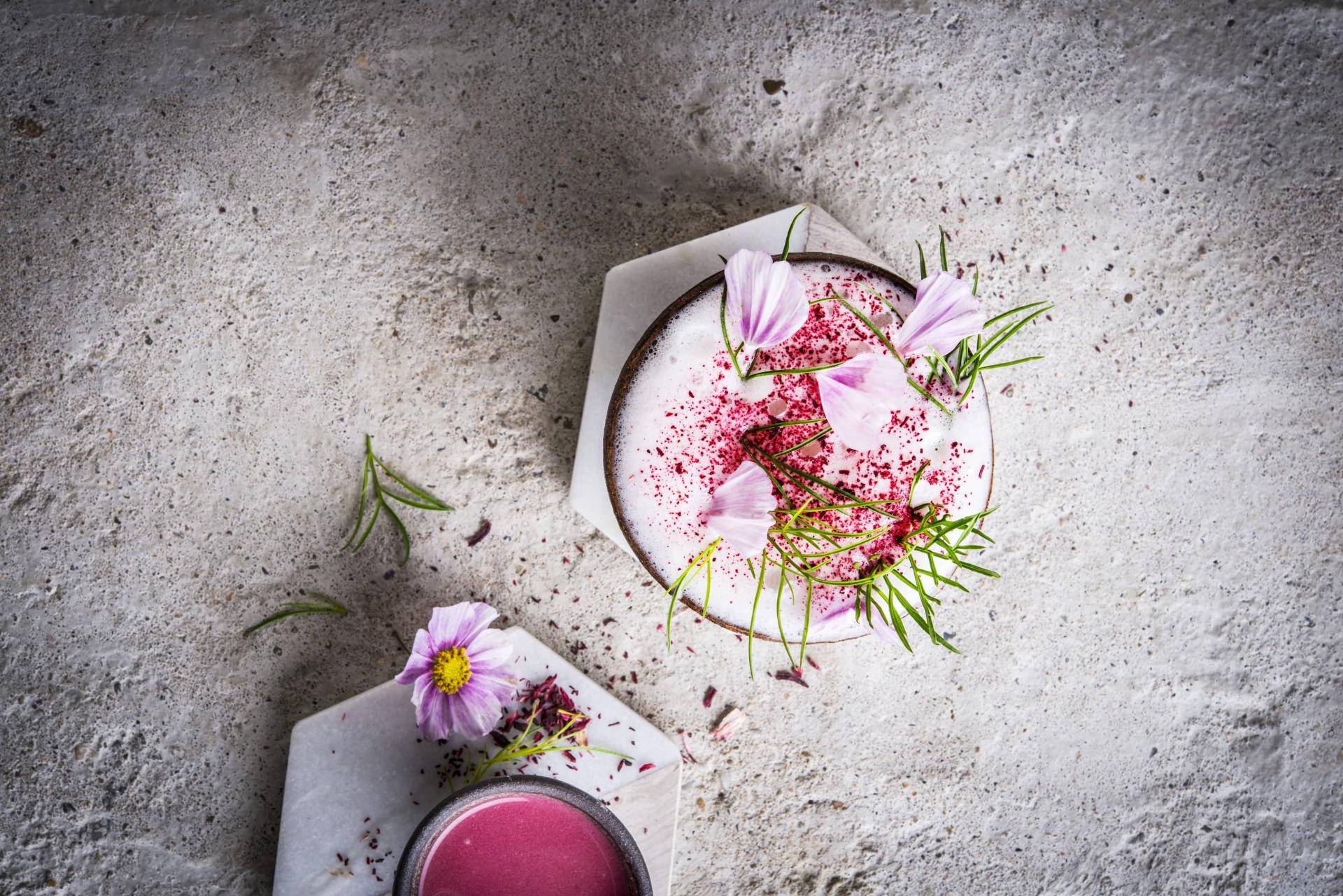 In the first 9 months of fiscal year 2018/19 (ended May 31, 2019), the Barry Callebaut Group – the world’s leading manufacturer of high-quality chocolate and cocoa products – grew its overall sales volume by +5% (+10.6% in Q3) to 1,589,181 tonnes. Sales volume in the chocolate business grew by +5.9%, well above the underlying global chocolate confectionery market, which was up +0.9% according to Nielsen2 . Global Cocoa volumes increased +2.2%. Sales revenue in the period under review amounted to CHF 5.5 billion, an increase of +8.2% in local currencies (+5.7% in CHF). The increase in sales revenue was impacted by higher raw material prices and the first-time adoption of IFRS 153.

We are confident we will deliver on our current mid-term guidance. Going forward, we remain committed to achieving consistent above-market volume growth and enhanced profitability. This is why, in January, we renewed our mid-term guidance for the coming three fiscal years.4

In March 2019, Barry Callebaut inaugurated a state-of-the-art processing unit at its Société Africaine de Cacao (SACO) plant in Abidjan, Côte d’Ivoire. It includes a fourth grinding line and will increase SACO’s cocoa bean processing capacity by over +40.0% by 2022. This major extension highlights Barry Callebaut’s commitment to the African continent, not only as a supplier of high quality cocoa beans but also as an industrial base and as an emerging market for cocoa and chocolate consumption.
Furthermore Barry Callebaut signed in April 2019 a Memorandum of Understanding with the Government of Serbia to construct the Group’s first chocolate factory in Southeastern Europe. The plant in Novi Sad is expected to have an initial annual production capacity of over 50,000 tonnes and to be operational by 2021. The factory will serve as a regional hub from which Barry Callebaut can supply the rapidly growing chocolate markets of Southeastern Europe.
In addition the Group is in the process of accelerating capacity expansion in Region Americas.

In May 2019, Ruby was officially introduced in the United States, the world’s largest chocolate and confectionery market, and Canada, as a part of its global launch plan. This exciting innovation was the highlight of this year’s National Confectioners Association’s (NCA) Sweets and Snacks Expo in Chicago. Thanks to this introduction, Ruby, the fourth type of chocolate, which has been welcomed by artisans, brands and consumers across the globe, is now available in more than 50 countries worldwide.
Furthermore, Barry Callebaut’s sugar reduced solutions, like the new dark and milk chocolate with only 1% added sugar, continue to cater to the desires of wholesome choice consumers and as a result continued to grow by double-digits.

In February 2019, Barry Callebaut successfully placed a EUR 600 million equivalent Schuldscheindarlehen at attractive average rates of 1.65% and an average tenor of 7.8 years. Given the success of its debut in the Schuldscheindarlehen market, the Group will repay its outstanding 5.375% Senior Note, due 2021, in the amount of EUR 250 million in the beginning of August 2019. The one-off impact of the aforementioned transactions on the net financial cost is estimated at CHF 33 million in the current fiscal year. As from fiscal year 2019/20, net financial cost will improve by approximately CHF 10 million.

Barry Callebaut has established traceability for a third of its global cocoa volume. Traceability is a key tool for the Group to reach its Forever Chocolate commitment to make sustainable chocolate the norm by 2025. To achieve this, Barry Callebaut has prioritized the establishment of traceability in its Ghanaian and Ivorian supply chains. By the end of 2019, Barry Callebaut will have mapped all the farms it directly sources from in Côte d’Ivoire and Ghana, the world’s two largest cocoa producing countries. Overall, this means that 100% of the cocoa volume Barry Callebaut sources in Ghana and 40% of the cocoa volume it sources in Côte d’Ivoire will be traceable by 2019.
In May 2019, Barry Callebaut and Cameroon signed a letter of intent to intensify the cooperation on sustainable cocoa farming. The signatories will particularly focus on supporting the next generation of cocoa farmers in Cameroon through a program initiated by the Cameroon Cocoa and Coffee Interprofessional Council (CICC).

Sales volume of Barry Callebaut in Region EMEA (Europe, Middle East and Africa) increased by +5.3% to 732,278 tonnes, well above the regional chocolate confectionery market, which was basically flat (+0.2%)5. The further acceleration was supported by strong growth in Food Manufacturers in Western Europe, including the ramp-up for Burton’s Biscuit, and in Eastern Europe, with Inforum contributing to sales volume since February 2019. Gourmet maintained its healthy growth in the first 9 months of the fiscal year, while Beverages volumes remained, as anticipated, soft. Sales revenue increased by +4.7% in local currencies (+0.6% in CHF) to CHF 2,331.6 million.

Healthy growth momentum continued to build in Region Americas with sales volumes up +6.0% to 424,216 tonnes, supported by both Food Manufacturers and Gourmet & Specialties, while the chocolate confectionery market grew by +0.2%5. Gourmet & Specialties continued to grow double-digit in South America and good momentum continued in North America. Sales revenue increased by +9.7% in local currencies (+11.0% in CHF) and amounted to CHF 1,372.8 million.

Asia Pacific sales growth momentum further accelerated, resulting in volume growth for the first 9 months of +10.1% to 87,543 tonnes, ahead of the underlying market growth of +8.0%5. Growth was fueled by Food Manufacturers, mainly through regional accounts. Sales revenue grew +9.3% in local currencies (+10.0%) in CHF) to CHF 303.6 million.

During the first 9 months of fiscal year 2018/19 cocoa bean prices fluctuated in a range between GBP 1,500 and GBP 1,800 per tonne and closed at GBP 1,788 per tonne on May 31, 2019. On average, cocoa bean prices increased by +4.0% versus prior year. Going forward, global cocoa supply and demand are expected to remain balanced.

Sugar prices increased in Europe (+46.0% YTD), due to a disappointing 2018 crop. The world market prices for sugar increased by +3.9% during the first 9 months of this fiscal year, in the light of expectations of lower crop production in 2019/20.

During the first 9 months of fiscal year 2018/19, dairy prices increased (+25.2%) due to deteriorated production conditions and increased demand.

3 The International Financial Reporting Standard 15 (IFRS 15) provides guidance on accounting for revenue from contracts with customers.

With annual sales of about CHF 6.9 billion (EUR 6.0 billion / USD 7.1 billion) in fiscal year 2017/18, the Zurich-based Barry Callebaut Group is the world’s leading manufacturer of high-quality chocolate and cocoa products – from sourcing and processing cocoa beans to producing the finest chocolates, including chocolate fillings, decorations and compounds. The Group runs about 60 production facilities worldwide and employs a diverse and dedicated global workforce of more than 11,500 people.

The Barry Callebaut Group serves the entire food industry, from industrial food manufacturers to artisanal and professional users of chocolate, such as chocolatiers, pastry chefs, bakers, hotels, restaurants or caterers. The two global brands catering to the specific needs of these Gourmet customers are Callebaut® and Cacao Barry®. The Barry Callebaut Group is committed to make sustainable chocolate the norm by 2025 to help ensure future supplies of cocoa and improve farmer livelihoods. It supports the Cocoa Horizons Foundation in its goal to shape a sustainable cocoa and chocolate future. 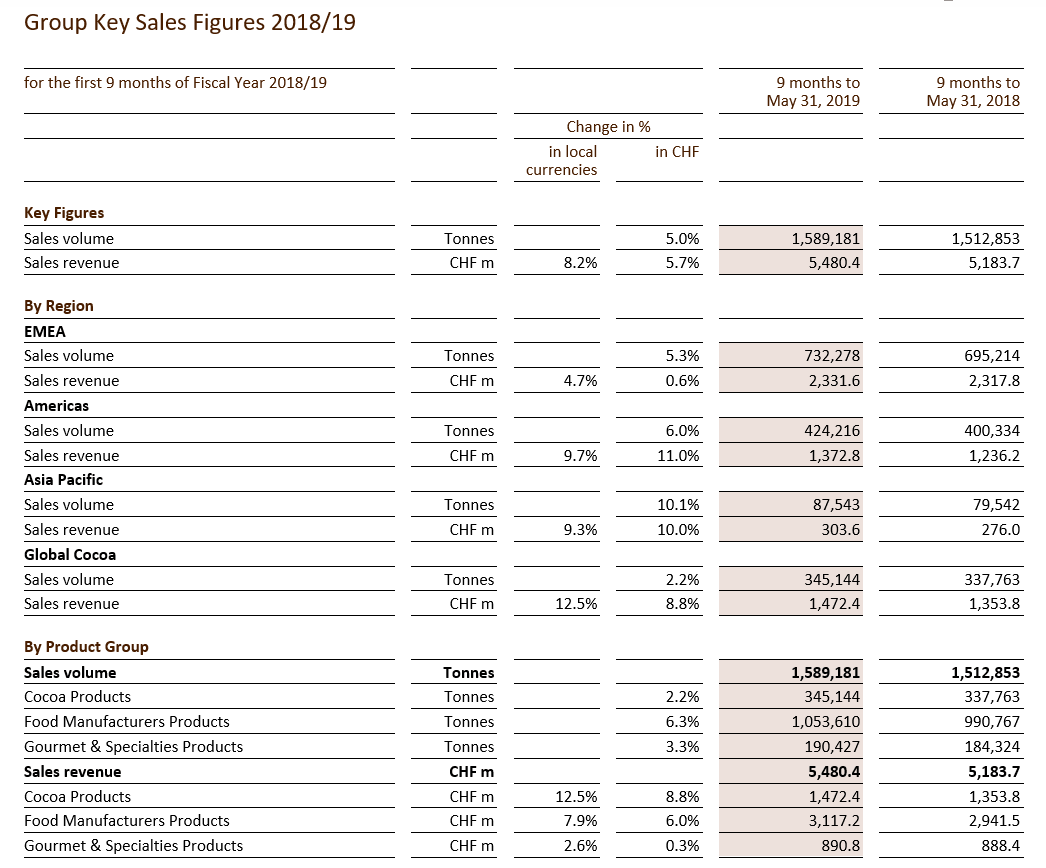