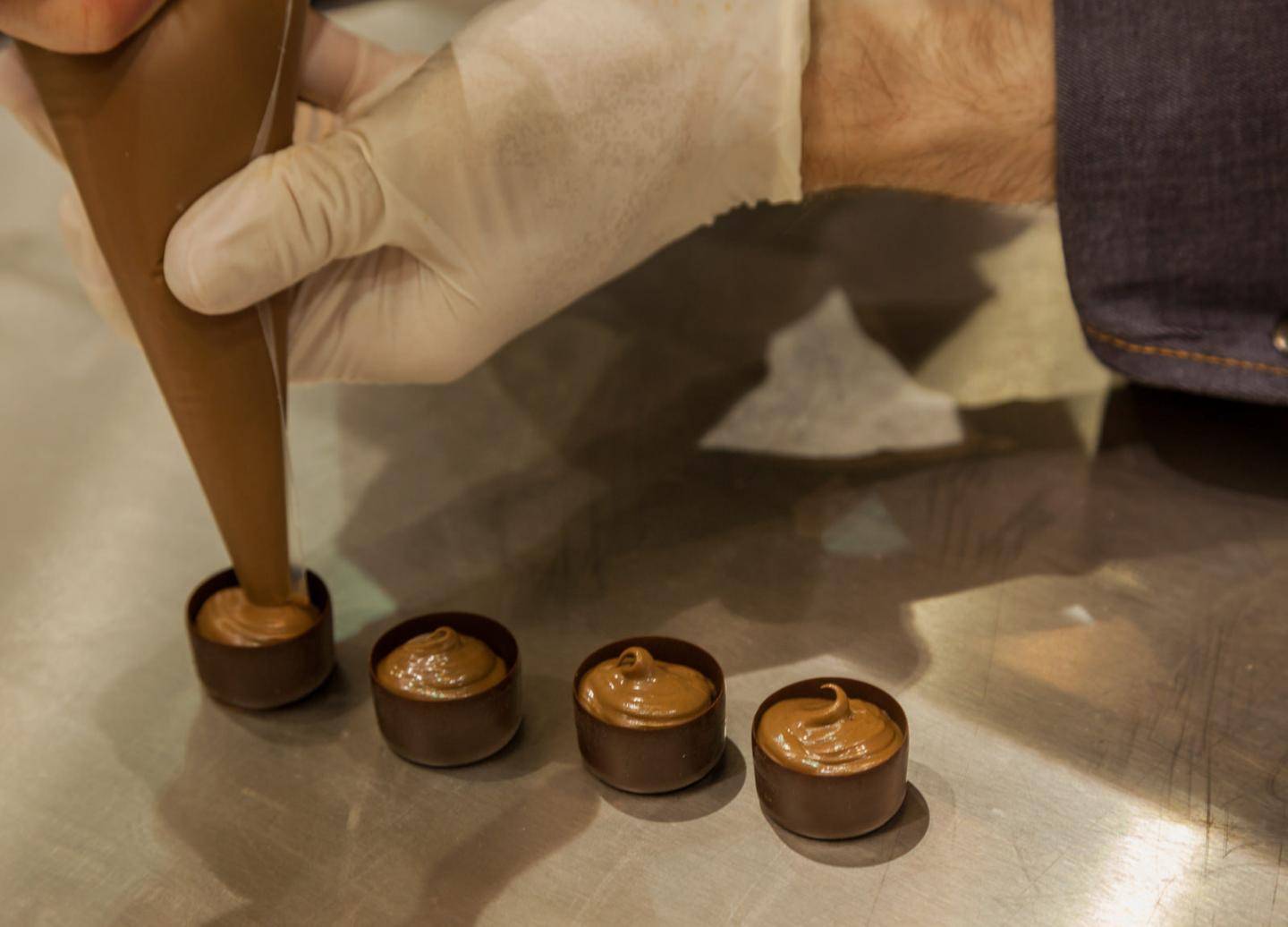 Antoine de Saint-Affrique, CEO of the Barry Callebaut Group, said: “Our sales volume continued its strong growth in the third quarter of the current fiscal year. Our chocolate business performed particularly well, despite still sluggish demand for chocolate confectionery. At the same time, we continued to phase out less profitable contracts in the Cocoa business. All our key growth drivers contributed to the good volume momentum.”

In the first 9 months of fiscal year 2015/16 (ended May 31, 2016), the Barry Callebaut Group – the world’s leading manufacturer of high-quality chocolate and cocoa products – grew its sales volume by +4.2% to 1,376,650 tonnes. The company accomplished this growth in a global confectionery market that decreased by -2.0%.1

Barry Callebaut achieved very strong volume growth in its chocolate business across all Regions, fueled by the company’s key growth drivers outsourcing, emerging markets and Gourmet & Specialties. Both the Food Manufacturers (+8.3%) and the Gourmet & Specialties businesses (+11.4%) delivered solid contributions. In the Global Cocoa business, sales to third parties were intentionally reduced by phasing out less profitable contracts, leading to a 7.8% decrease in the sales volume.

Sales revenue increased by +11.4% in local currencies (+7.8% in CHF) to CHF 5,007.3 million, driven by a favorable product and customer mix and higher ingredient prices2 compared to last year.

Outlook – Continued challenging market environment in the short term, healthy portfolio going into the next year

Looking ahead, CEO Antoine de Saint-Affrique, said: “As anticipated at the beginning of the fiscal year, the market conditions remain challenging in the short-term. In that context, we will continue to reduce sales of cocoa products to third parties by phasing out less profitable cocoa agreements, which is impacting short-term growth. Overall, and looking into the next fiscal year, we have a healthy portfolio. Based on the disciplined focus on our ‘smart growth’ approach, i.e. a balance between volume growth, enhanced profitability and free cash flow generation, we confirm our mid-term guidance3”

Strategic milestones in the third quarter of fiscal year 2015/16

In May 2016, Barry Callebaut successfully issued Senior Notes and secured financing for the next eight years for a total of EUR 450 million at a historically low coupon of 2.375%.

An improving market environment in Western Europe is reflected by faster growth in the third quarter, especially in Gourmet where the volume growth had slowed somewhat at the start of the fiscal year.

Total sales revenue for the Region was up +11.1% in local currencies, mainly due to the higher volumes and a more favorable product mix. In CHF, sales revenue increased by +6.2% and came in at CHF 2,057.4 million.

In Region Americas, sales volume increased by +9.9% to 373,580 tonnes in the period under review, significantly above the market, which decreased by -3.3%4. Volume growth was fueled by all countries and business segments with remarkably strong results in National Accounts and the Gourmet & Specialties business in North America. In the third quarter, sales volume growth slowed down due to a strong base from prior year and a slow-down in South America/Brazil.

Amidst a weak chocolate market (-2.1%4), Barry Callebaut’s sales volume growth in Region Asia Pacific accelerated in the third quarter. It increased by +13.0% to 59,161 tonnes in the first 9 months. Main contributors were the corporate accounts as well as the two global Gourmet brands Callebaut® and Cacao Barry®.

Sales volume sank by 7.8% to 332,994 tonnes. This is due to the aforementioned reduction of volumes sold to third-party customers by intentionally phasing out of less profitable contracts in line with the company’s “smart growth” approach.

Cocoa bean prices increased in the period under review by around 5% to GBP 2,207 on May 31, 2016, recovering from a low of GBP 1,979 in February 2016. Concerns over the mid crops represented the main bullish fundamental driver.

World sugar prices advanced strongly, supported by a world balance deficit as well by an all-time record net long position of the funds. European sugar prices also kept moving higher due to low stocks and the absence of supply measures taken by the EU Commission.

About Barry Callebaut Group:
With annual sales of about CHF 6.2 billion (EUR 5.6 billion / USD 6.6 billion) in fiscal year 2014/15, the Zurich-based Barry Callebaut Group is the world’s leading manufacturer of high-quality chocolate and cocoa products – from sourcing and processing cocoa beans to producing the finest chocolates, including chocolate fillings, decorations and compounds. The Group runs more than 50 production facilities worldwide and employs a diverse and dedicated global workforce of more than 9,000 people.
The Barry Callebaut Group serves the entire food industry, from industrial food manufacturers to artisanal and professional users of chocolate, such as chocolatiers, pastry chefs, bakers, hotels, restaurants or caterers. The two global brands catering to the specific needs of these Gourmet customers are Callebaut® and Cacao Barry®.The Barry Callebaut Group is committed to sustainable cocoa production to help ensure future supplies of cocoa and improve farmer livelihoods. It supports the Cocoa Horizons Foundation in its goal to shape a sustainable cocoa and chocolate future.

2: The Barry Callebaut Group passes on raw material prices to customers for the majority of its business.