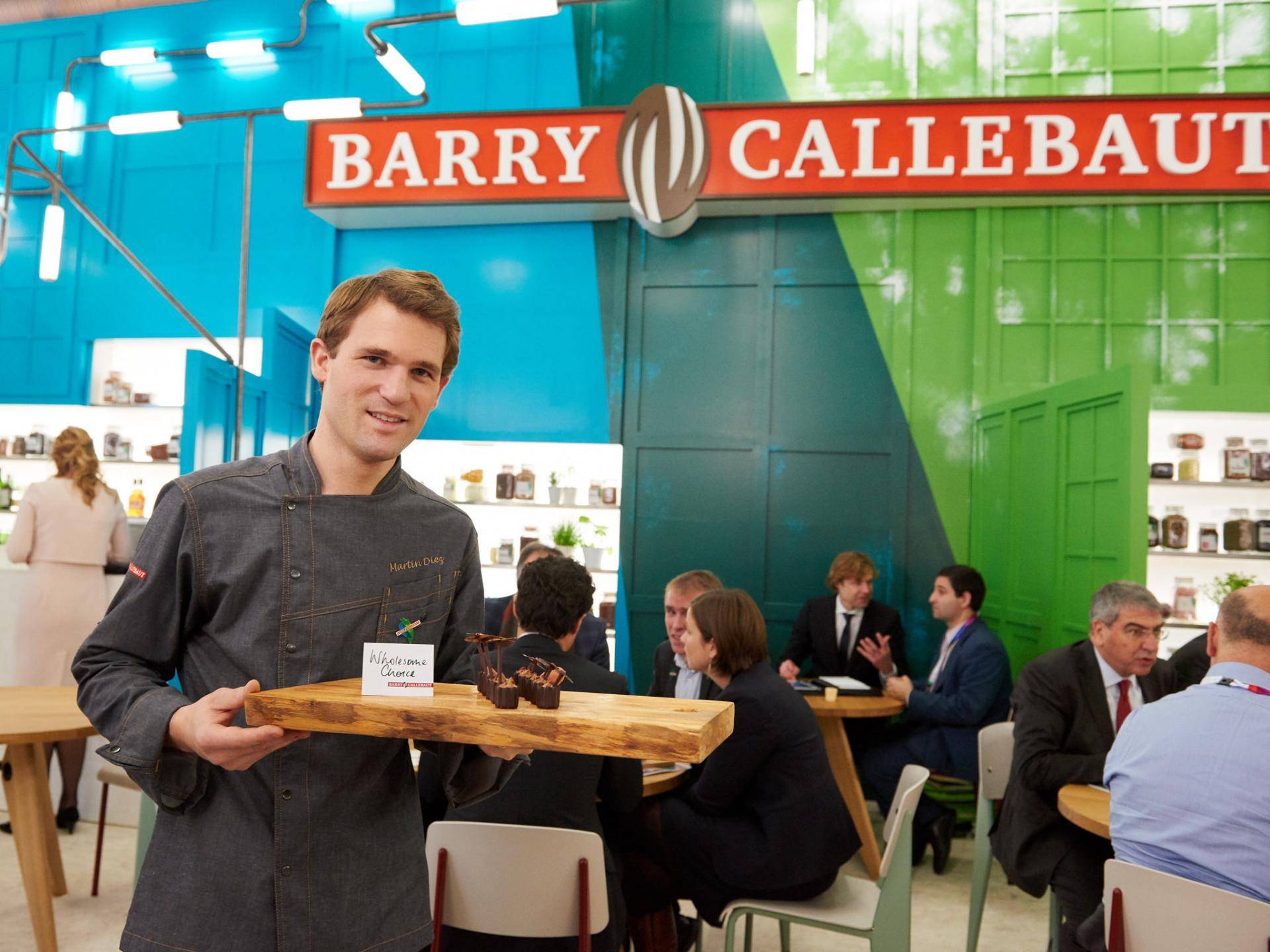 Antoine de Saint-Affrique, CEO of the Barry Callebaut Group, said: “The good growth momentum from the fourth quarter 2014/15 continued and we had a strong start to our new fiscal year with broad-based sales volume growth and positive contributions from all key growth drivers. Our focus on ‘smart growth’, i.e. a balance between volume growth and enhanced profitability as well as cash flow generation, is gradually being implemented, and our transformation projects are well on track.”

The Barry Callebaut Group, the world’s leading manufacturer of high-quality chocolate and cocoa products, grew its sales volume by 6.4% to 494,873 tonnes during the first 3 months of fiscal year 2015/16 (ended on November 30, 2015). Top-line growth was broad-based and fueled by the three key growth drivers Outsourcing & Partnerships, Emerging Markets and Gourmet & Specialties. This contrasts with a 3.7% decline1 of the global chocolate confectionery market in the period under review.

Sales revenue for Barry Callebaut increased by 13.3% in local currencies (+3.8% in CHF) and amounted to CHF 1,809.3 million, driven by higher cocoa bean prices.

Looking ahead, CEO Antoine de Saint-Affrique said: “While the cocoa products market remains challenging this fiscal year in terms of profitability, our business model is proving robust with a broad-based and strongly performing chocolate and compound business. Together with our focus on 'smart growth', we are confident that we are able to continue to consistently outperform the market.”

Sales volume in Region EMEA (Europe, Middle East, Africa) increased by 7.1%2 to 220,196 tonnes.
In Western Europe, Barry Callebaut’s sales volume performed well in a rather sluggish market. Growth in Food Manufacturers Products was broadly based, fueled by both existing and new customers. The Gourmet business also showed a positive development.
Eastern Europe experienced a strong recovery from low levels in the previous year. The Gourmet business expanded despite the difficult political and economic situation in Russia.
Sales revenue in Region EMEA increased by 11.0% in local currencies (-1.6% in CHF) to CHF 750.3 million as a result of good volume growth and increased sales of Specialties products.

Volume growth in Region Americas was up +13.2%3 to 131,230 tonnes, driven by strategic partnerships/long-term outsourcing agreements with customers such as World’s Finest® Chocolate.
In NAFTA, the Food Manufacturers business performed well with global customers starting to pick up. Regional accounts recorded strong growth. The Gourmet business achieved a double-digit increase with a strong contribution from the global brands Cacao Barry® and Callebaut®. South America reached a good performance in both the Food Manufacturers and the Gourmet businesses, despite the challenging economic environment in many countries in the region.

Sales revenue in Region Americas went up by 9.0% in local currencies (10.6% in CHF) to CHF 428.4 million, mainly due to a better customer and product mix.

In Asia Pacific, the Group’s sales volume growth accelerated, increasing by 13.9%4 to 20,716 tonnes.
Both the Food Manufacturers and Gourmet & Specialties businesses showed a strong double-digit volume growth. The Food Manufacturers business was driven by national as well as global accounts. In Gourmet, the global brands showed a robust performance and grew at a double-digit rate compared to the same prior year period.

Overall, sales revenue rose by 11.6% in local currencies (7.8% in CHF) to CHF 81.6 million as a result of the good volume growth and product mix.

In the segment Global Cocoa, sales volume was -2.0% compared to the same prior year period and amounted to 122,731 tonnes, which reflects the current challenging cocoa market environment. After a temporary recovery at the end of September, the combined ratio again took a downturn in recent weeks.

In the Cocoa Leadership project, a key strategic initiative to strengthen the Group’s profitability, good progress has been achieved in the different streams; the announced optimization of the manufacturing footprint in Asia and the global product flows optimization are in the implementation phase and the centralized combined ratio management system is in place.

During the first 3 months of the current fiscal year, cocoa terminal market prices increased from GBP 2,126 to GBP 2,281 on November 30, 2015, a 12.0% increase versus prior year. The upward move was driven by the expectation of a deficit in 2015/16 mostly due to lower Ivorian and Indonesian crops.

The world sugar market has strongly recovered and the price has increased since the end of September on the basis of an expected deficit for the 2015/16 campaign. On the European side, prices kept moving up, driven by stocks expected to drop below 1 million tonnes towards September 2016.

About Barry Callebaut Group:
With annual sales of about CHF 6.2 billion (EUR 5.6 billion / USD 6.6 billion) in fiscal year 2014/15, the Zurich-based Barry Callebaut Group is the world’s leading manufacturer of high-quality chocolate and cocoa products – from sourcing and processing cocoa beans to producing the finest chocolates, including chocolate fillings, decorations and compounds. The Group runs more than 50 production facilities worldwide and employs a diverse and dedicated global workforce of more than 9,000 people.
The Barry Callebaut Group serves the entire food industry, from industrial food manufacturers to artisanal and professional users of chocolate, such as chocolatiers, pastry chefs, bakers, hotels, restaurants or caterers. The two global brands catering to the specific needs of these Gourmet customers are Callebaut® and Cacao Barry®.
The Barry Callebaut Group is committed to sustainable cocoa production to help ensure future supplies of cocoa and improve farmer livelihoods. It supports the Cocoa Horizons Foundation in its goal to shape a sustainable cocoa and chocolate future.

5: The figures reported under “Global Cocoa” include all sales of cocoa products to third-party customers in all Regions while the figures shown under the respective Region show all chocolate sales.