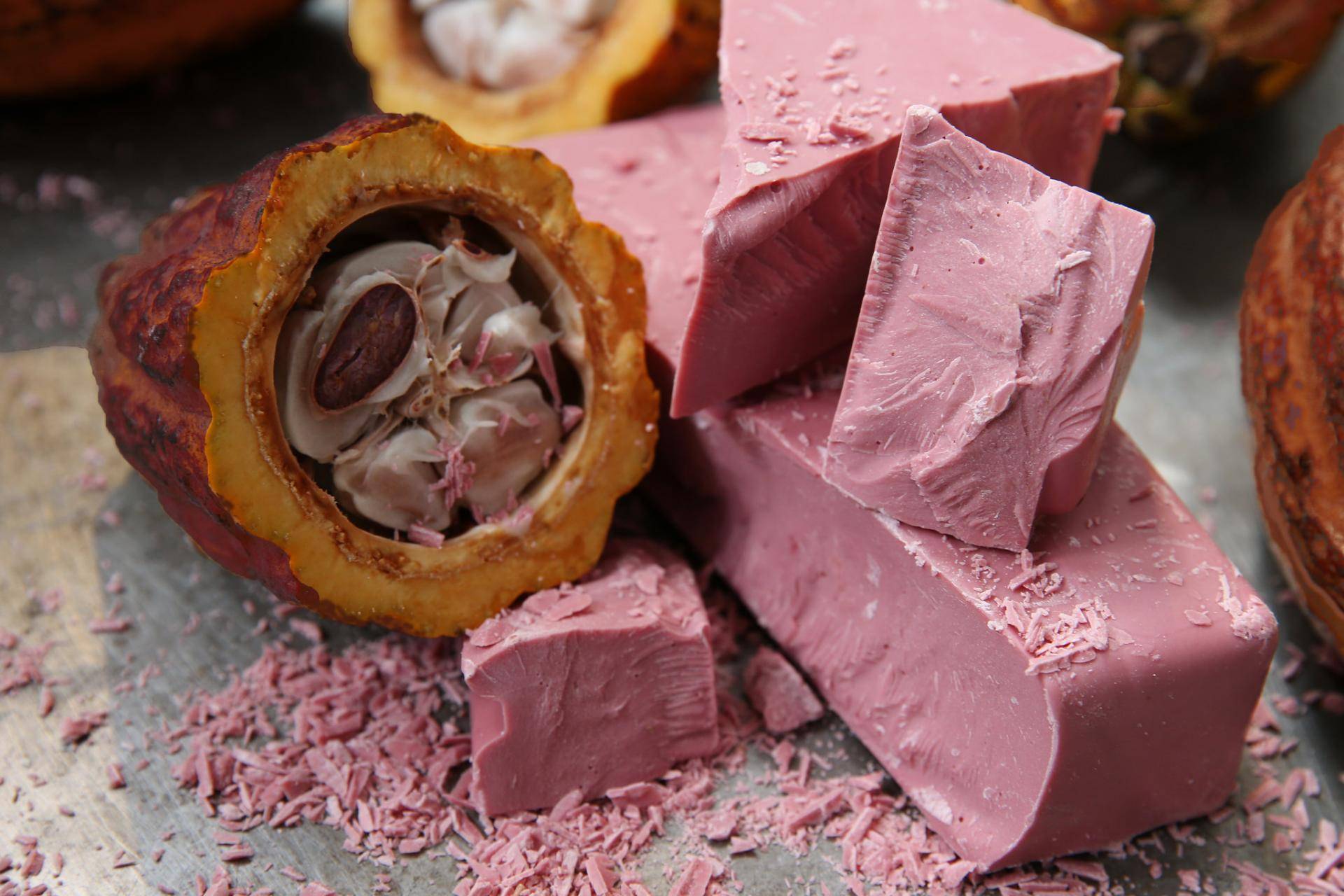 The wait is over. The fourth type, which has been welcomed by artisans, brands and consumers across the globe, is now broadly available in the biggest chocolate and confectionery market, the United States, as well as in Canada.

Barry Callebaut’s ruby has a new and unique sensory profile – a tension between fresh berry-fruitiness and luscious smoothness – unlocked from pure cocoa beans that are specially chosen for their ruby properties, without adding berry flavors or colors. With its one-of-a-kind taste and color, ruby satisfies a different consumer need than dark, milk and white chocolate, providing chefs, artisans and chocolatiers unlimited product pairing opportunities, including bars and tablets, bonbons, pastries, desserts and more.

Fueled by the overwhelming consumer response around the globe, Barry Callebaut collaborated with a small group of pioneering artisans over the last six months to soft launch ruby in the U.S. marketplace. The sales of those consumer products have been very strong. As a result, to help ensure that our business partners have access to the product, we feel that now is the time to take the next step in our global roll-out campaign, and introduce ruby to the entire North American market.

To obtain a U.S. standard of identity for the breakthrough innovation, Barry Callebaut, therefore, is working closely with the FDA to begin test marketing ruby as a new chocolate product in the U.S., with the ultimate goal of establishing a new standard of identity reflecting ruby’s distinctive sensory profile.

In the meantime, ruby will be launched in the U.S. as ruby couverture. The artisan proposition, Callebaut® RB1 Couverture, will be celebrated at a private chef-led event in Miami, FL, on Monday, May 20, 2019; the Food Manufacturer offering, Barry Callebaut Ruby, will be spotlighted at the National Confectioners Association’s (NCA’s) Sweets and Snacks Expo in Chicago, IL, on Tuesday, May 21, 2019. Both events will feature chef demonstrations, product application sessions, and sampling.

Bas Smit, Global Vice President Marketing of the Barry Callebaut Group, elaborated, “Given the fact that ruby satisfies an unmet consumer need, we decided not to trademark ruby chocolate across the world, as no one should “own” ruby. We aim for category growth and to have ruby accepted as the fourth type of chocolate.”

Preceding the formal launch of ruby in North America, Barry Callebaut won the NCA’s ‘Most Innovative Supplier’ award in recognition of ruby in 2018, and globally-renowned U.S. late-night television show Saturday Night Live featured ruby in a skit. Hollywood also had a taste of ruby at the Official Afterparty of the 2018 Academy Awards.

This innovation, which has been in the making for more than 10 years, was crafted by leveraging the knowledge of Barry Callebaut’s global network of 28 R&D centers, Jacobs University Bremen (Germany), and over 175 years of expertise in sourcing and manufacturing. According to many experts, ruby is one of the biggest breakthroughs in the world of chocolate in the past 80 years.

For more information about ruby in the U.S., visit www.barry-callebaut.com/ruby-is-here.

With annual sales of about CHF 6.9 billion (EUR 6.0 billion / USD 7.1 billion) in fiscal year 2017/18, the Zurich-based Barry Callebaut Group is the world’s leading manufacturer of high-quality chocolate and cocoa products – from sourcing and processing cocoa beans to producing the finest chocolates, including chocolate fillings, decorations and compounds. The Group runs about 60 production facilities worldwide and employs a diverse and dedicated global workforce of more than 11,500 people.
The Barry Callebaut Group serves the entire food industry, from industrial food manufacturers to artisanal and professional users of chocolate, such as chocolatiers, pastry chefs, bakers, hotels, restaurants or caterers. The two global brands catering to the specific needs of these Gourmet customers are Callebaut® and Cacao Barry®. The Barry Callebaut Group is committed to sustainable cocoa production to help ensure future supplies of cocoa and improve farmer livelihoods. It supports the Cocoa Horizons Foundation in its goal to shape a sustainable cocoa and chocolate future.