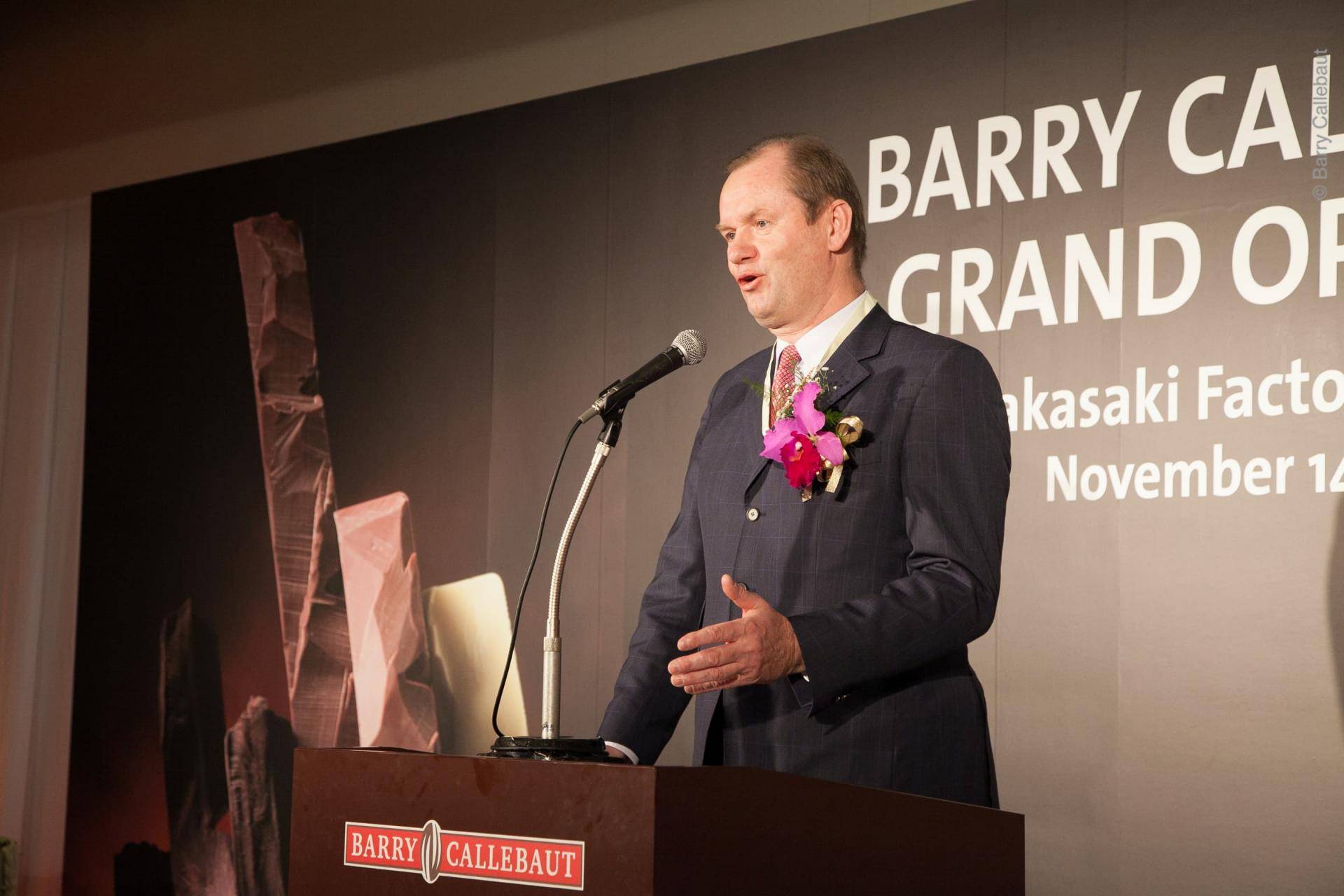 press-release
Barry Callebaut today officially announced that it has completed the move of its Japan’s chocolate factory from Amagasaki to Takasaki, as announced in June 2012.

Barry Callebaut, the world’s leading manufacturer of high-quality chocolate and cocoa products, today officially announced that it has completed the move of its Japan’s chocolate factory from Amagasaki to Takasaki, as announced in June 2012. The new and larger facility, which was officially inaugurated today, offers an initial annual production capacity of 22,000 tonnes of chocolate and compound products. The total amount invested is CHF 18.5 million (JPY 2,081 million / EUR 15.4 million / USD 19.4 million).

Situated in the Gunma Prefecture, the new factory in Takasaki is located about 100 km north of Tokyo. The highly automated site encompasses approximately 17,000 m2. The facility is close to existing and potential new customers and will serve as a local base to

Japan is one of the most developed and largest chocolate confectionery markets in Asia. In 2012, the country’s chocolate consumption of 1.84 kg per capita1 was the largest in Asia.

Speaking at the inauguration ceremony, Juergen Steinemann, CEO of Barry Callebaut, said: “An important building block of our business in Japan is our partnership with the country’s leading food manufacturers and the proximity to our local customers here. These close relationships combine local knowledge and entrepreneurship with our global research and development capabilities and manufacturing expertise. Moving our Japanese factory to Takasaki is a strategic move which brings us closer to our customers and reinforces our priorities to partnering for innovation and mutual success.”

“Our new factory in Japan underlines our commitment to our customers in Japan by continuing to invest in the development of our production capabilities and introducing new products in the local chocolate market. We are truly proud to have created one of the world’s most modern chocolate factories in Japan,” said Fumitaka Nakano, Barry Callebaut’s Managing Director for Japan.

Barry Callebaut opened its first chocolate factory in Asia-Pacific in 1996 in Singapore. In July this year, it completed the acquisition of the cocoa business from Singapore-based Petra Foods. The company now employs more than 2,000 employees across Asia-Pacific and plans to open a new regional office in Singapore next month.

Barry Callebaut
With annual sales of about CHF 4.9 billion (EUR 4.0 billion / USD 5.2 billion) in fiscal year 2012/13, Zurich-based Barry Callebaut is the world’s leading manufacturer of high-quality chocolate and cocoa products – from sourcing and processing cocoa beans to producing the finest chocolates, including chocolate fillings, decorations and compounds. The company runs more than 50 production facilities worldwide and employs a diverse and dedicated global workforce of over 8,500 people.
Barry Callebaut serves the entire food industry, from industrial food manufacturers to artisanal and professional users of chocolate, such as chocolatiers, pastry chefs, bakers, hotels, restaurants or caterers. The two global brands catering to the specific needs of these Gourmet customers are Callebaut® and Cacao Barry®.
Barry Callebaut is committed to a sustainable cocoa production through its “Cocoa Horizons” initiative, and to help ensure future supplies of cocoa as well as improve farmer livelihoods.