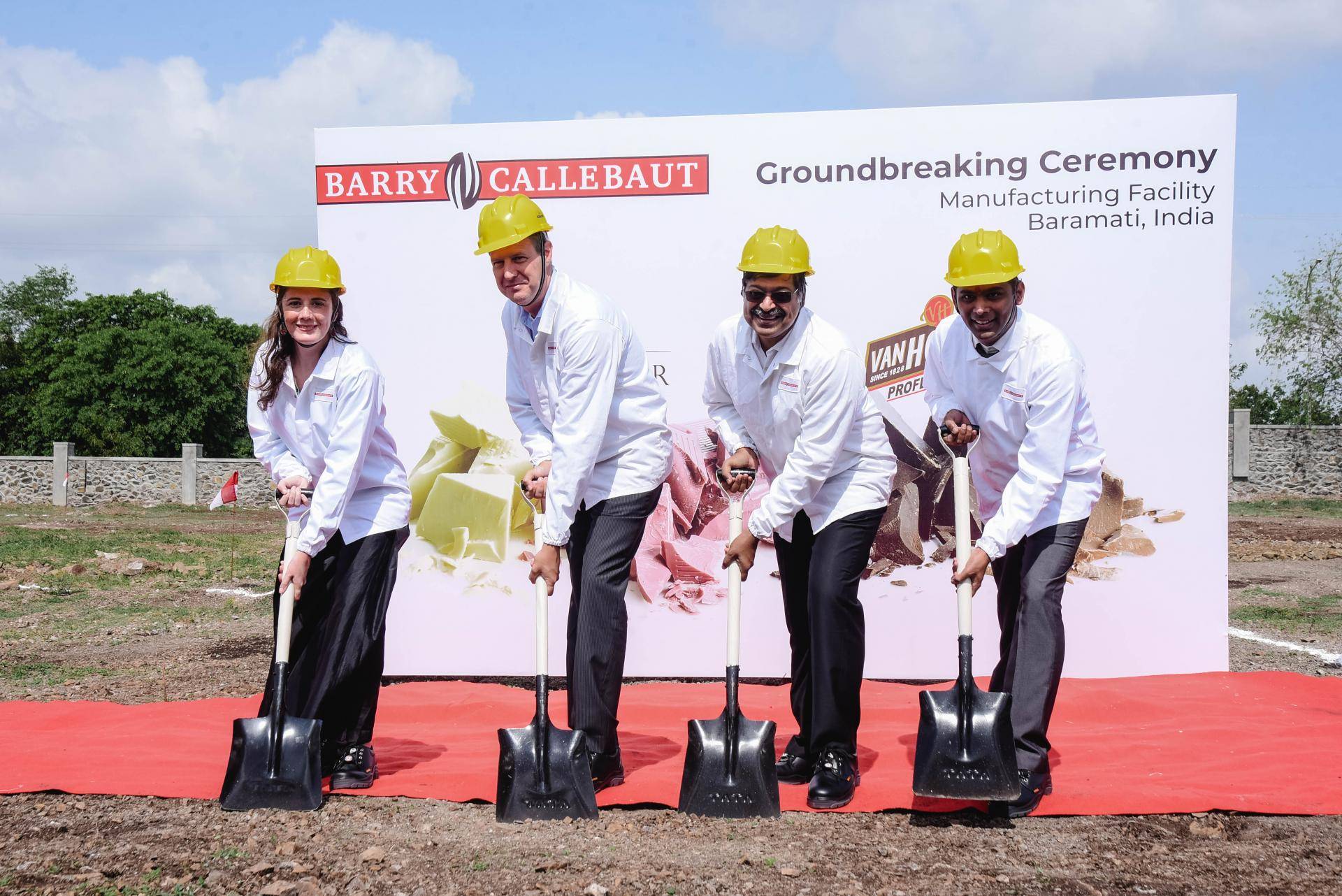 Expansion of operations in India

The Barry Callebaut Group, the world’s leading manufacturer of high-quality chocolate and cocoa products, announced the groundbreaking for the construction of its new chocolate and compound manufacturing facility in Baramati, India – about 250 km south-east of Mumbai.

Upon completion, the new chocolate factory and warehouse will include state-of-the-art assembly lines capable of manufacturing chocolate and compound in different delivery formats, catering to the various needs of its customers – international food manufacturers, local confectioneries and semi-industrial bakers and patisseries. The new greenfield facility in Baramati will cover a total of 20,000 m2 and is scheduled to be operational by mid-2020. Once fully operational, it will have an annual production capacity of more than 30,000 tons of chocolate and compound and employ between 100 - 120 people, thus creating new skilled jobs, mainly in engineering and production.

The factory in Baramati will also be equipped with an R&D lab. Furthermore, together with its existing CHOCOLATE ACADEMY™ Center in Mumbai, the company intends to advance its work with customers to co-create innovative chocolate for local consumers. This week, Barry Callebaut also moved its sales operations into a new, larger office in Mumbai.

As a global leader in the chocolate industry, we are excited about India’s great growth potential. The new factory will be one of our biggest locations in Asia and it will enable us to meet customers’ growing demands for high-quality chocolate in India. We are proud to deepen our presence here and to continue to invest in a country that has been so welcoming to us for more than a decade. Our expansion will support our business volume growth and ambition to become the leading industrial chocolate manufacturer in India.

The company has built its presence in India by serving food manufacturers, and established a strong network of nationwide distribution and committed channel partners over the years.

In recent months, Barry Callebaut has partnered with local chocolate manufacturers to introduce Ruby chocolate, the fourth type of chocolate after Dark, Milk and White chocolate, and also launched its locally-produced Van Houten Professional chocolate in the country.

Barry Callebaut is one of the largest chocolate and cocoa manufacturers in Asia Pacific. Employing more than 1,800 employees in the region, the company already operates nine other chocolate and cocoa factories in Asia, namely in China, Indonesia, Japan, Malaysia, and Singapore. In the last 12 months, the company has also expanded its sales operations in Australia, Indonesia and the Philippines, in addition to its existing sales offices in India, Japan, Malaysia, Singapore, and Thailand. Its second chocolate factory in Indonesia is currently being built in Rancaekek (near Bandung).

India is an exciting market where innovation in chocolate is well received by consumers. As an innovation leader, we are proud to bring our innovative capabilities into a market where domestic chocolate production is increasing. We have experienced double-digit growth in India over the last three years. Our confidence in the future development of the chocolate market in India, together with the desire to better serve our customers in India, has prompted the expansion of our footprint and services.