Walnuts
Get in touch
Where do we source walnuts? How do they grow? Get to know our delicious walnut products.

As most other nuts, the walnut is originally from Asia and has been spread by ancient humans via trade (Silk Road, marine trade) and cultural expansion. English merchants transported the product from ports to ports around the world and walnuts became known as “English Walnuts.” Even if actually, England has never grown walnuts commercially.

The global walnut crop is around 880 820 MT (in kernel, source INC). China is the biggest walnut producer in the world, accounting for around 40% of the global production. The United States come second with around 30% of the global crop. Far behind, a lot of other countries also produce walnuts, such as : Chile, Iran, Ukraine or France.

La Morella Nuts source currently all of its walnuts in Spain. The Spanish crop, even if not among the biggest, is progressively growing.

How are walnuts grown?

The walnut kernels you know are protected by a hard shell and a green or black husk that have to be removed.

The leaves of walnut trees produce a pleasant citrusy smell.

Taste the difference with our walnut products

Once harvested, we treat walnuts with utmost care to preserve their authentic flavors, only to be unleashed in your creations. We’re passionate about nuts, and are proud to offer the best walnuts can offer:

Get in touch to add walnuts to your creations

Pure 100% walnut paste. Made from premium quality Spanish walnuts, that have been freshly cracked, medium roasted and turned into this flavourful paste. Also called "walnut butter". Perfect for dairy-free/vegan alternatives. 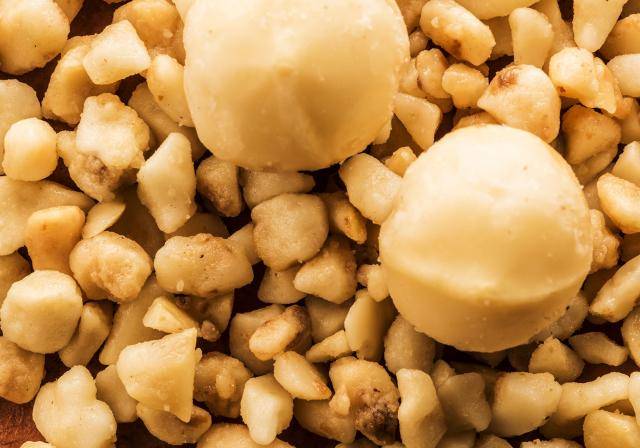 A day at the Technical Nuts Center of Expertise