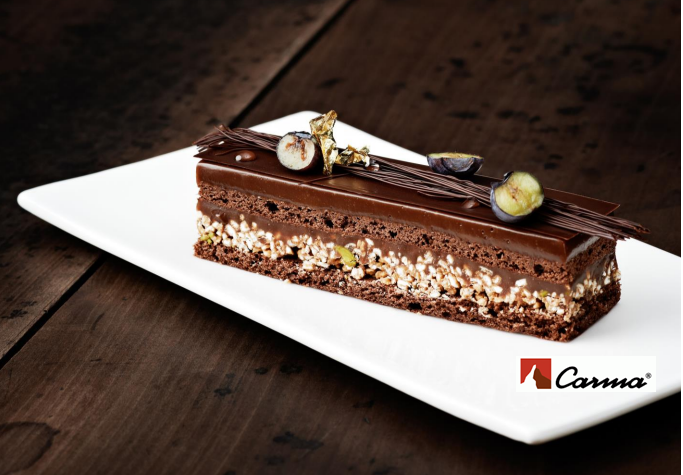 Antoine de Saint-Affrique, CEO of the Barry Callebaut Group, said: “We had a steady start to the year with the Cocoa Leadership project on track, all chocolate regions delivering solid growth above the market and Gourmet and Specialties performing very strongly. Our ‘smart growth’ strategy is proving to be the right recipe for a continued challenging market environment.”

The Barry Callebaut Group, the world’s leading manufacturer of high-quality chocolate and cocoa products, registered flat sales volume growth (-0.4%) to 492,931 tonnes during the first three months of fiscal year 2016/17 (ended on November 30, 2016), against a strong base from the prior year. Overall volume growth was consistently above the declining global chocolate confectionery market (-2.3 %)1 in volume. A good performance in the chocolate business of 2.3% was balanced out by the ongoing and now almost completed intentional discontinuation of less profitable cocoa contracts (-8.6%). Gourmet & Specialties showed outstanding volume growth of 14.3% supported by the acquisition of the beverage powder mixes business from FrieslandCampina Kievit.

Looking ahead, CEO Antoine de Saint-Affrique said: “We have good visibility on volume growth and expect acceleration in the second half of the fiscal year. We are on track to deliver improved profitability in our cocoa business. The ‘smart growth’ strategy will provide us with the right balance to focus on consistent above-market volume growth, enhanced profitability and free cash flow generation. We confirm our mid-term guidance through 2017/18 of on average: 4-6% volume growth and EBIT above volume growth in local currencies, barring any major unforeseen events.”

Barry Callebaut’s sales volume in Region EMEA (Europe, Middle East, Africa) recorded volume growth of 2.2% to 225,087 tonnes in a still challenging market. All product groups contributed to this result, in particular Gourmet & Specialties, supported by the acquisition of the beverage powder mixes business from FrieslandCampina Kievit.

Western Europe had strong volume growth in both Food Manufacturers and Gourmet, while Eastern Europe faced a more challenging environment.

Sales revenue in Region EMEA increased by 3.3% in local currencies (+3.0% in CHF) to CHF 772.7 million as a result of good volume growth and increased sales of Specialties products.

The chocolate confectionery market volumes in the Americas declined by 2.0%.2

After the outstanding prior-year quarter with double-digit growth, Region Americas had a steady start with 1.4% volume growth to 113,112 tonnes.  Strong growth in Gourmet & Specialties, as well as a strong performance in South America, were partly offset by softer growth in Food Manufacturers in North America.

Sales revenue in Region Americas was flat at -0.2% in local currencies (+0.8% in CHF) and came in at CHF 431.7 million, as a result of lower raw material prices.

Barry Callebaut’s Region Asia Pacific delivered solid volume growth of +8.8% to 22,544 tonnes with most of the key countries in the Region performing well. Growth was mainly driven by Food Manufacturers.

In Global Cocoa, sales volume to third parties was down by -8.6%, to 112,188 tonnes. As earlier indicated, the phasing-out of less profitable contracts was continued and is now nearing completion.

Cocoa bean prices decreased by 14% in the first 3 months of the current fiscal year, from GBP 2,274/MT to GBP 1,956/MT. The downward move was driven by expectations of a surplus in the crop year 2016/17, mainly of bigger West African crops. 2016/17 follows a crop year that was characterized by a sizable deficit. Until the end of December 2016, cocoa bean prices further dropped to levels below GBP 1,800/MT, based on a strong main crop and continued weak demand.

The combined ratio is heading in the right direction, though volatility remains high. After a significant recovery at the end of October 2016, the combined cocoa ratio again experienced a downturn; however, it is still at a higher level compared to the prior year.

After a final surge leading the world sugar market to a 4-year high at the end of September 2016, prices heavily reversed, driven by the financial investors, who reduced their record net long positions, and by forecast of a smaller deficit. In Europe, prices kept moving up, still driven by expectations of historically low stocks at the end of the current campaign.

In the period under review, milk powder prices, and even more so milk fat prices, continued to climb due to considerably reduced milk production on a worldwide scale.