To create our uniquely blended, small-batch couvertures we source raw materials from carefully selected partners around the world. Each couverture is made using the finest possible ingredients and traditional production methods to ensure perfect consistency in taste and colour. At Carma® it is important to us to be socially responsible in all that we do. Most of our couvertures are UTZ-certified and whenever possible, we use locally sourced ingredients. We are highly skilled in blending different types of cocoa (including fine-flavour cocoa) to create unique blends, roasting the cocoa nibs at the perfect temperature to bring out their character as well as adapting conching time to create an ideal, unique taste profile for each of our couvertures.

Chocolate isn’t only about cocoa - it can also include milk and sugar, which are equally as important in the chocolate making process. We use ingredients from the finest sources, without compromises. Creating pure chocolate delights is impossible with anything other than the finest ingredients. That’s why we never stop thinking about it, or searching for the perfect cocoa. In fact, pretty much all our couvertures are blended with carefully selected UTZ-certified fine flavour cocoa beans.

At Carma, we believe milk is not just milk. Because we are proudly Swiss and milk is part of our landscape and culture, we use only the best quality, locally sourced.

Switzerland has one of the world’s strictest animal welfare regulations and incentive programmes that ensure the wellbeing of milk cows throughout their lives. Healthy and happy cows, eating fresh grass and breathing clean Alpine air, produce high-quality milk and this is the ingredient that gives our couvertures their creaminess.

Sugar is often an underestimated ingredient in the taste of chocolate. Swiss beet sugar is produced from locally grown and sourced sugar beets, contributing to our signature taste profiles. 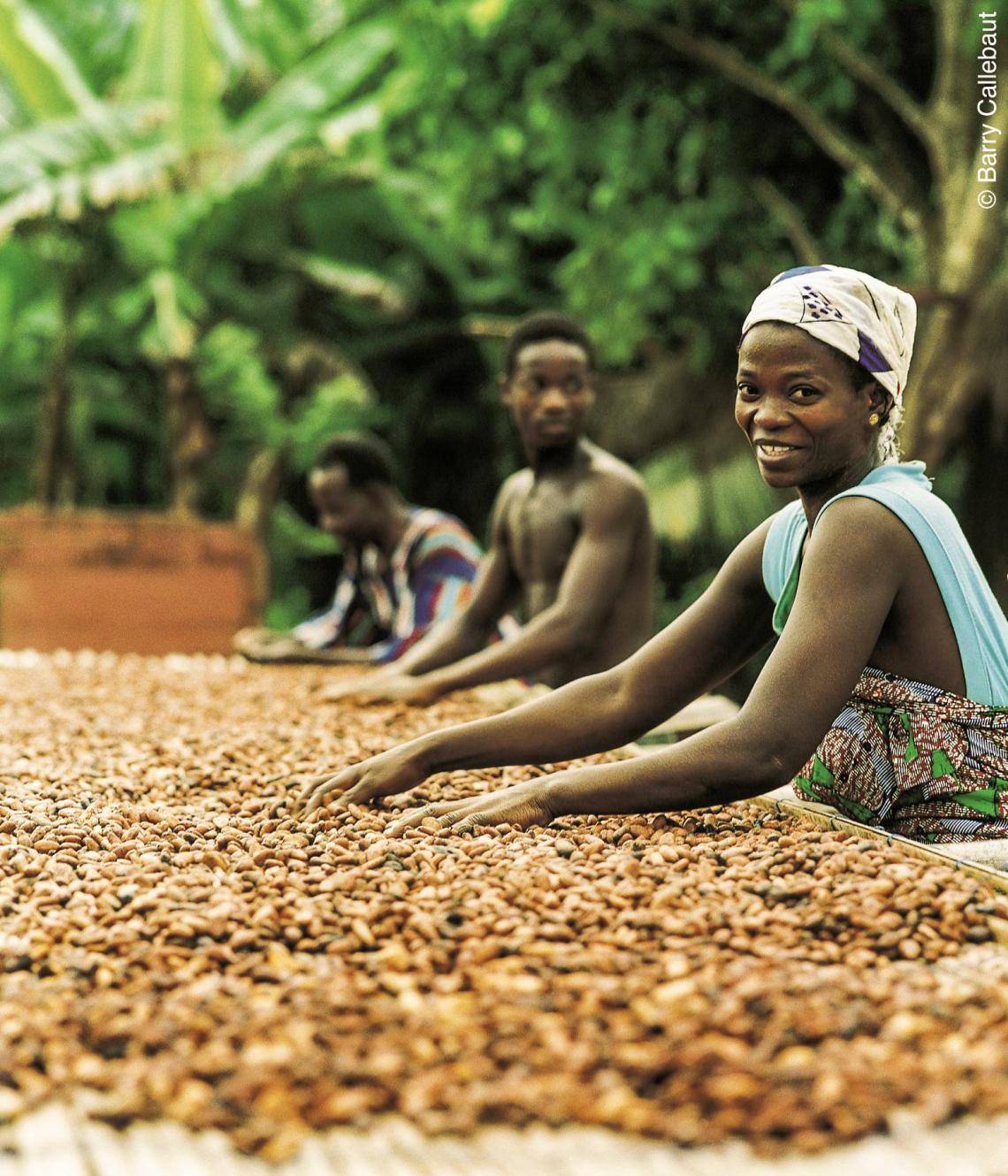 Chocolate is not only about cocoa, but wouldn’t exist without it. Cocoa grows on the trees in tropical regions along the equator, where hot and humid climate promotes their growth. 70% of the world's supply comes from countries in West Africa: Côte d'Ivoire, Ghana, Nigeria and Cameroon.

Each tree produces 20 to 50 pods per year, each weighing around 500g (which corresponds to an average of 40 cocoa beans per pod).

Roasting allows the bean to develop its typical chocolate flavour. Up to 400 aromatic substances are released during the process. During roasting, the cocoa beans lose more moisture, which makes them easier to shell later on. The coarse cocoa nibs, very often mixed with nibs from other origins to achieve a specific flavour, are then ground. This produces heat, which melts the cocoa butter inside the beans to produce a thick mass. This cocoa mass provides the basis for chocolate production.

For 85 years, we have persistently improved our chocolate making processes to make sure our products are consistent in colour, taste and workability. As a proudly Swiss chocolate producer, all of our couvertures are made in our factory in Dübendorf, so we can keep a careful eye on every step of the process.

After the cocoa mass is mixed with other ingredients into one chunk, it is refined into a very thin sheet to make sure all traces of gritty texture are removed. At this point, the cocoa mass is still harsh and bitter, and the flavours of the individual ingredients have not yet merged. The chocolate mass is heated in the ‘conch’, depending on the chocolate type, to between 55 and 90°C. Very intense mixing of the ingredients in this process allows the chocolate to evaporate the excess water, lose the bitterness and develop the desired flavours.

Chocolate couverture is now ready to be cooled down, packed and shipped to you.