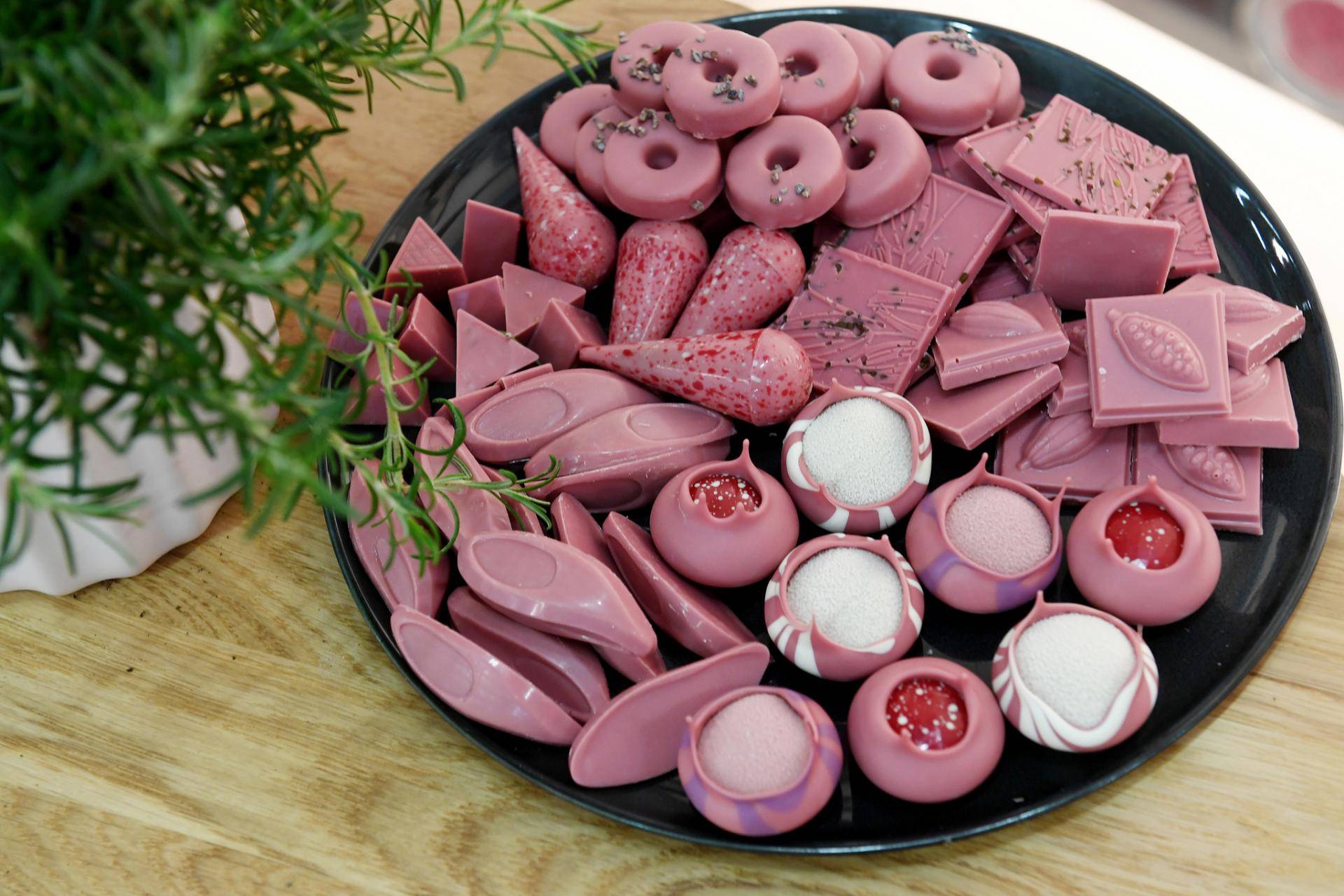 It is just over a year ago that ruby chocolate caught the world by storm - and consumers flocked to the KITKAT® Chocolatory in Tokyo to get their hands on KITKAT® Chocolatory® Sublime® Ruby. Ruby chocolate was discovered and created by Barry Callebaut, the world’s leading manufacturer of high-quality chocolate and cocoa products, after ten years of development. Since its launch, the fourth type of chocolate, ruby, is rocking the foodie world across the globe and a broad range of Ruby chocolate products are now available in retail stores and chocolate boutiques. To spur the arrival and awareness of the fourth chocolate category, and to put consumers in the driving seat to explore the endless applications of Ruby chocolate, a crowdsourced platform has been created, rubychocolate.com.

On rubychocolate.com, visitors can share their ruby excitement and get inspired by brands and artisans showcasing their ruby applications. People can also find an overview of all the ‘rubylicious’ moments that are being shared across social media platforms. Furthermore, visitors can explore a digital map of the world to find out where they can purchase Ruby chocolate.

To add to the ruby excitement, Nestlé Japan will launch its new KITKAT® Everyday Nuts and Cranberry, combining Ruby chocolate with nuts and dried cranberries, a combination favored and proposed by pâtissier chef Yasumasa Takagi. The product will be available in supermarkets and convenience stores across Japan from March 25, 2019.

Since its launch, ruby has developed into the ‘it’ chocolate, sought after by many consumers.

Inspired by tech initiatives who were cocreated by the crowd, such as the game Minecraft and open source operating systems Android and Linux, the fourth type of chocolate introduces its own crowdsourced platform. Rubychocolate.com is a shared asset. The ultimate goal is, by facilitating the consumer’s voice, to develop this new chocolate category.

The excitement for ruby made the internet ‘explode’ according to the press, leading to dozens of different expressions by consumers despite the fact that ruby was initially only very selectively available across the globe. People embraced the novel chocolate by changing their profile pictures to ruby, among other ways. Several brands, across the world of food and beyond are referring to Ruby chocolate to describe their own products, e.g. the color and scent of lipstick.

Since the launch of ruby, the fourth type of chocolate, 80 years after the introduction of White chocolate, the new variety has already collected more than 120 million search results1 on Google. In comparison, this is more than 15% of the search results for Milk chocolate, which accounts for about 70% of global chocolate sales.

Many chocolate experts and media forecast ruby will be the food trend of 2019, among them the global research agency Innova Market Insights. In Japan, business magazine Nikkei Trendy put ruby on its ‘Top 30 Trends List’. Their list is based on a product’s sales, impact on the industry and impact on consumers.

Current research2 shows that 42% of the Japanese population is aware of Ruby chocolate and 5 % have already tasted it, even though it was not broadly available in retail. 82 % say they are interested in tasting Ruby in the future.

Ruby chocolate was discovered and created by Barry Callebaut, the world’s leading manufacturer of high-quality chocolate and cocoa products. The new variety of chocolate was revealed to the world on September 5, 2017 in Shanghai, China. Ruby took more than 10 years to develop and is made from the Ruby cocoa bean. The unique processing unlocks the naturally present flavor and color tone from the bean. The taste experience of ruby can be described as an intense sensorial delight: it’s a sensual tango of berry-fruitiness and luscious smoothness. No berries, berry flavor nor color have been added.

Qualitative and quantitative consumer research agencies Haystack and Ipsos ran extensive studies through which Barry Callebaut found out that Ruby chocolate is truly unique. Studies show that Ruby chocolate satisfies a need no other chocolate can. It stands to become the biggest innovation in the chocolate industry in 80 years, since the launch of White chocolate.

To measure awareness and likeability in Japan, an online survey has been set up by research agency Macromill. The online research was conducted in February 2019 in Japan. More than 800 respondents across Japan participated in the survey.